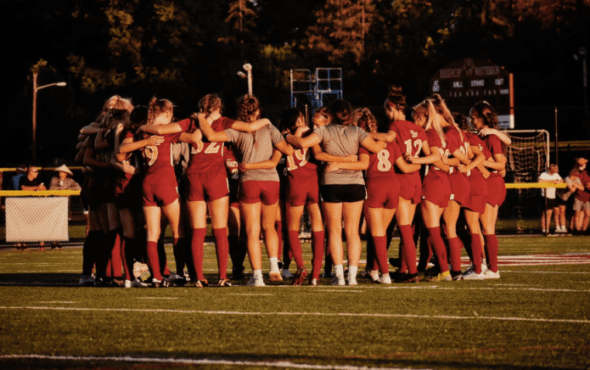 An Indiana bill banning trans girls from participating in sports that align with their gender identity has been passed by the state Senate.

Republican-backed HB1041 was passed on Tuesday (1 March) as State legislators voted 32-18 in favour of the bill.

The controversial bill will now be sent to Republican Indiana Gov. Eric Holcomb who has the power to sign the bill into law.

Since 2021, over 20 American states have introduced anti-trans bills that would ban trans girls from participating in girls’ sports teams in public high schools.

Indiana’s proposed bill would prohibit students (kindergarten to grade 12) who were assigned male at birth but identify as female from competing in a women’s or girl’s sports team.

However, Bill HB1041 is only targeting female players and will not impact transgender boys or men from participating in men’s teams.

Michelle Davis, a Republican who authored the bill, said its purpose is to ensure “fair competition in girls sports”, ABC News reports.

Amit Paley, CEO and executive director of The Trevor Project, criticised the state Senate passing of the bill. “With so much going on at home and abroad, it’s disappointing to see Indiana lawmakers prioritize regulating transgender student-athletes,” he told ABC News.

“This will likely become the second anti-trans bill enacted in 2022 and the 11th anti-trans sports ban across the country. While the rationale for these bills is based on myth and misunderstanding, the impacts they’re having are very real.”

“Trans kids – like all kids – just want to be able to play with their friends. This regressive and damaging legislation hurts transgender youth and doesn’t address any actual problem – just ask the bill’s supporters, who have failed to provide examples of any problem in Indiana related to trans youth playing sports.

“Instead, it is a crass political ploy by lawmakers looking to satisfy national anti-LGBTQ forces at the expense of the well-being of transgender youth. Indiana’s HB1041 is legislation that discriminates needlessly, harms a group of already vulnerable children, and serves no legitimate purpose.

“If Governor Holcomb signs this bill, he will be harming transgender youth by excluding them from the benefits of participation in school sports, including character-building lessons like teamwork, leadership, responsibility and discipline.”

BREAKING: The Indiana legislature has voted to discriminate against trans youth, passing HB 1041.

The Indiana bill follows 2021 becoming the deadliest year on record for trans people in America.

At least 53 transgender or gender non-conforming people were fatally shot or killed by other violent means – with the actual number expected to be far higher as these stories often go misreported or unreported entirely.

According to the HRC, in 2020 approximately seven in ten transgender and gender non-conforming people killed as a result of fatal violence were killed by an acquaintance, friend, family member or intimate partner.