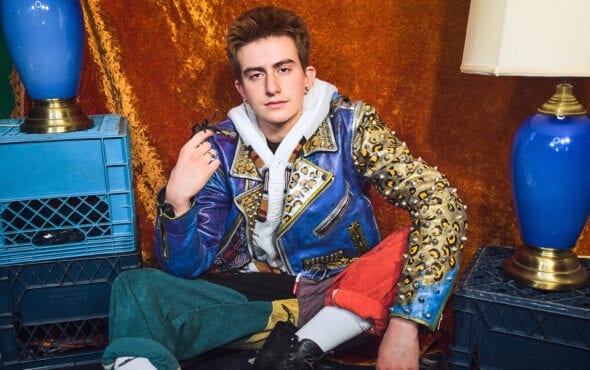 The breakout Tik Tok star, best known for his viral smash hit SugarCrash!, is back with a charged experimental pop track.

Elliott Platt, aka ElyOtto, is a Canadian rising artist who rose to fame for his TikTok presence and widely relatable online content.

Last year, the 17-year-old singer, songwriter and producer took the internet by storm with his chart-topping hit  SugarCrash!, which has peaked just below the top 10 on the TikTok Viral Charts.

Since then, the teenager has signed to RCA Records and released the well-received single Profane. Now, the artist is back with a fresh track.

Speaking on this track, ElyOtto revealed more about the inspiration behind the song: “This song’s lyrics are about nothing in particular, just vague sci-fi struggles from another dimension…It sure sounds great though, methinks”.

i'm so grateful every day to be alive blazing eating food making friends and making music to share with the world…. even though I'm sick in the head every morning is so beautiful and i'm glad I woke up

You can listen to ElyOtto’s energetic hyperpop track here or below.

Related: ElyOtto is the trans TikTok star taking on the music industry