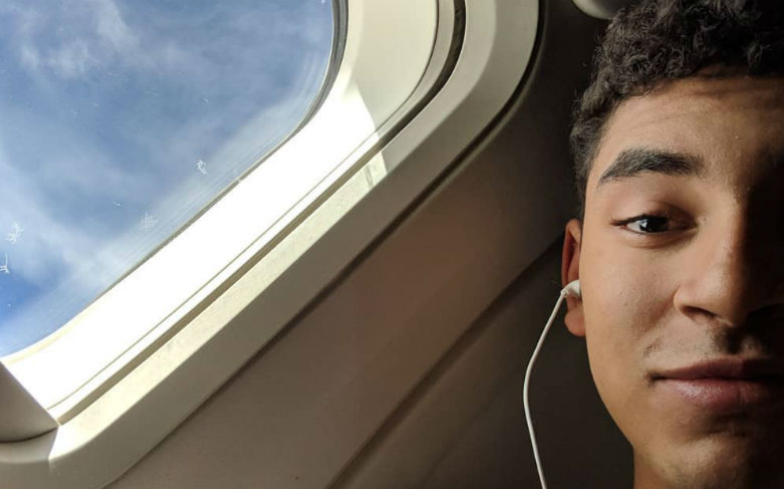 And this will be the Aussie soap’s first LGBTQ storyline in nine years.

On Monday, Home and Away will welcome its first gay character in over ten years when Ty, played by Darius Williams, arrives in Summer Bay.

Not much is currently known about the character, but at the moment Williams is only contracted to appear on the show for six weeks. But, seeing as many of our favourite soap characters were only meant to be on screen for a small amount of time, hopefully his contract will be extended past his initial stint.

Commenting on getting the role, Williams posted on his Instagram: “After months of hard work and secrecy. I can announce I will be on Home and Away as of May 7th. To all those that supported me along the way and kept this secret hidden since last October, thank you.

“To all those that I may have had to tell a few cheeky lies to, I’m sorry. I hope you’re all there to tune in when I hit the Bay next Monday.”

He then added: “Love you all.”

It has also been confirmed that Ty will be fostered by John Palmer and Marilyn Chambers, played by Shane Withington and Emily Symons respectively, and that he will befriend Raffy Morrison, played by Olivia Deeble.

The last time the soap featured a same-sex couple, it was heavily criticised by conservative groups and parents, who managed to get a same-sex kiss cut from broadcast.

Speaking about the decision to introduce a gay character, show stalwart Ray Meagher, who plays Alf Stewart, told The Sydney Morning Herald: “Our writers do try to keep abreast with the times, so there is an interesting character coming in.

“I won’t tell you too much more about him, about how he works out or what happens, but that [homosexuality] is being addressed.”

Earlier this year, fans of Home and Away’s sister soap, Neighbours, were full of praise after the soap aired a gay love scene.

One fan said: “I haven’t watched #Neighbours in awhile, but did see yesterday and that scene with David/Rafael is the most intimate gay romantic scene they’ve done, given the show is considered conservative. They’ve had a lot of gay couples, but have they shown two men in bed before yesterday?”