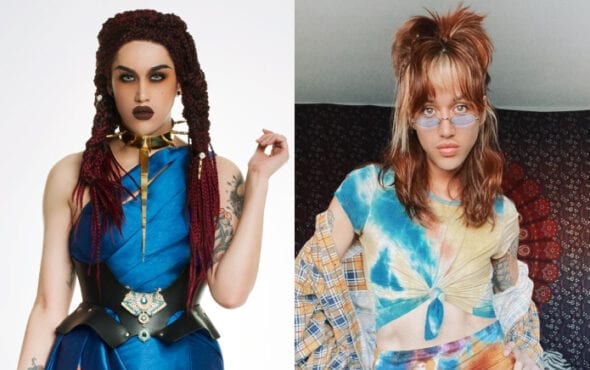 Adore Delano has revealed that she “almost did All Stars 6” but turned it down after her talent show number was deemed “too risky”.

In an Instagram Live, the fan-favourite queen addressed rumours about the highly-anticipated new season, which has been confirmed to air in the summer on Paramount+.

“Adore on All Stars 6? No! They did contact me, though,” she told her followers. “This is a little T for you guys. I was actually almost going to do it, but my talent number was too risky, I think, but I was not letting up.”

Adore said she refused to make her Drag Race comeback because of the technical issues behind her talent show number, saying the producers wouldn’t have been able to “approve it in time”.

“On top of it I was going through some shit, mentally, and I was like, ‘I don’t think this is gonna be well documented again,'” she added. “So if they ask me, I have to be in the right headspace. There’s nothing that I would’ve gained at that time.”

The star then teased how gag-worthy it would be to see Adore sashay back into the werkroom with her signature catchphrase in hand, ‘Party!’

“Yeah, I almost did it. I was getting the skinny on which queens were gonna be on and I was like, ‘Oh, this is gonna be a fun season,'” she admitted.

Although Adore was pressured to reveal her talent show number, she didn’t give in to demand. However, she admitted that “it’s never done before” and claimed that no other contestant in Drag Race herstory can do it.

“So I was like, ‘I’m really good at this, on top of singing live,'” she added. “I even had a mix made for it and everything from my producer, who made it super cool.”

The star sashayed back into the werkroom for All Stars 2 alongside legendary contestants such as Alaska, Katya, Detox and Roxxxy Andrews, where she made herstory as the first ever queen to quit the series.

In the All Stars 2 finale, she told RuPaul that she regretted her choice and was “probably” down for the next season. However, three more seasons have passed since and a second comeback for Adore is yet to come to fruition.

Watch Adore spill the T on the sixth season of All Stars below.

You can check out the rumoured cast for RuPaul’s Drag Race All Stars 6 here.