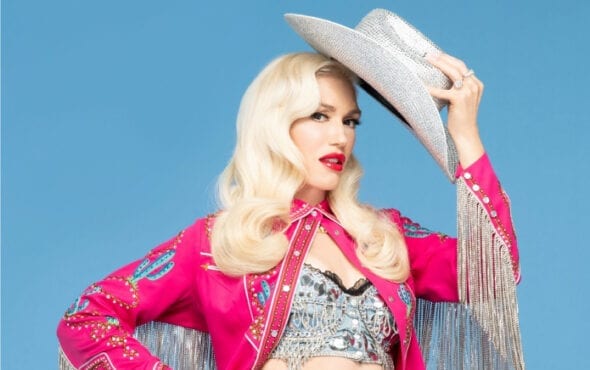 Gwen Stefani’s brand new single is here, and it’s our pick for song of the summer.

Written with Ross Golan and Luke Niccoli, the same team behind her 2020 single Let Me Reintroduce Myself, Slow Clap is an infectious, easy-going pop number with reggae and hip-hop influences.

The lyrics are quintessential Gwen, offering an insight into the pop icon’s vulnerability and resilience. “Been the champion, rang the bell. Rocked the bottom, been through hell,” she sings. “Climbed the mountain, now I’m well. I just feel like coming back for the belt.”

Slow Clap follows in the footsteps of Let Me Reintroduce Myself, which topped the US iTunes chart upon release. Both tracks will (presumably) be included on her forthcoming fifth studio album.

When we spoke with Gwen for 15 Minutes with an Icon, the star reminisced on her studio sessions with Ross. Although she didn’t think she had much more to offer the music industry, the writer and producer reminded Gwen that she’s still the same old rocker behind 1995’s feminist anthem, Just a Girl.

“I wanted to say, ‘In case you forgot, I did all of this, and here’s a little bit more. If you want it, then listen. If you don’t, swipe left!’ I’m good with that because I get it. I don’t go out and buy my favourite artist’s new record, do I?”

Let Me Reintroduce Myself marked Gwen’s first non-holiday song since Misery, the final single from her third studio album, This Is What The Truth Feels Like (2016), which became her first number one in the US.

The following year, Gwen released her first holiday-themed record, You Make It Feel Like Christmas, before collaborating with fiancé Blake Shelton on two chart-topping country anthems: Nobody But You and Happy Anywhere.

She also completed her fifth year as a judge on the US version of The Voice last year, winning with contestant Carter Rubin.

You can read our entire interview with Gwen Stefani here.

Slow Clap is now available on iTunes and streaming services – listen to the song here or below.