Get ready: Madonna is coming back in a big way in 2018 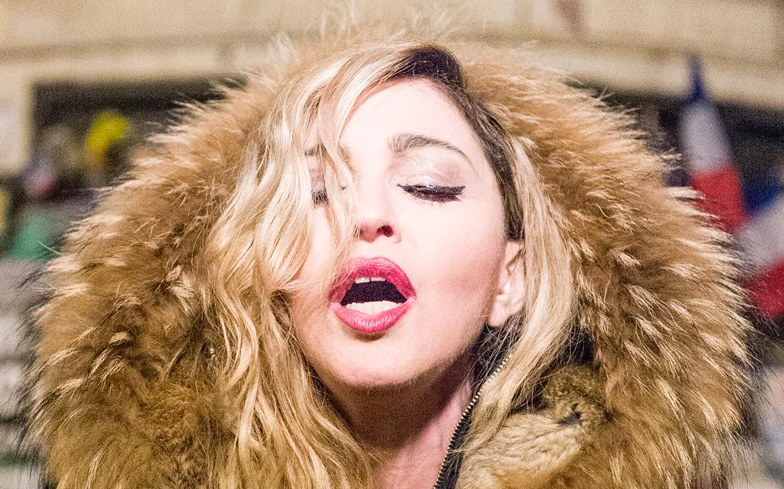 As our Queen of Pop poll proved earlier this year, Madonna is still the reigning monarch when it comes to music.

Next year will mark 35 years since the superstar released her self-titled debut album, and she’s promised fans that she’s going to be coming back with what could quite possibly be her 14th studio collection.

“2017 was soccer mom in Portugal, 2018 I’m coming back baby and I’m coming for you!” Madonna teased during an appearance on Kelly and Ryan over the weekend.

We already know that Madge has been busy writing brand new material after relocating to Lisbon earlier this year.

“The energy of Portugal is so inspiring,” Madonna said on Instagram at the time.

“I feel very creative and alive here and I look forward to working on my film Loved and making new music.

Related: You have to watch Madonna’s hilarious impression of Kim Kardashian

“This will be the next chapter in my book! It’s time to conquer the world from a different vantage point!”

The star’s new movie Loved will be her second outing as director following 2011’s W.E.

“It touches on a lot of really important topics I’ve always been invested in or championed—fighting for women’s rights, gay rights, civil rights, always fighting for the underdog,” she previously told Harper’s Bazaar of the project.

Madonna’s 14th studio album, meanwhile, will serve as the follow-up to 2015’s Rebel Heart, which reached No.2 on the UK and US charts.

You can bet there will also be a new tour to come with it too.

Related: RuPaul won’t deny that Madonna is a guest on the next season of Drag Race