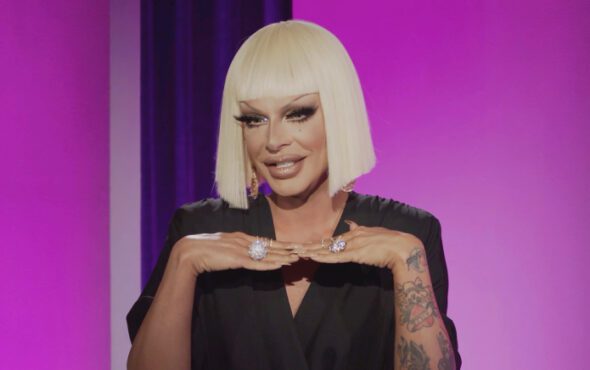 Drag Race legend Raven spilled the T on all things Painted With Raven and the advice RuPaul gave her prior to filming the brand new show.

Painted with Raven will see the queen search for the next makeup artist sensation as they compete from the comfort of their own homes.

“Every single one of these artists is completely different and they all bring such wonderful takes on each challenge that’s presented and I think that’s what I’m most excited about,” Raven tells GAY TIMES.

“But, I’m also very excited to see the way it’s all put together because we filmed this in a Zoom and it was me sitting in a tiny little studio with a backdrop – which looks fabulous by the way – and a huge screen TV with seven artists on it that I got to witness putting on these looks.”

Raven says that she was “given a little iPad to look at their stuff up close” as she couldn’t see the looks in person.

When the idea of doing the show virtually was first pitched to her, she reveals that she thought it was “nuts”.

Raven explains: “To take a competition, create one in the midst of COVID-19 lockdown and go ‘Well, everyone’s doing Zoom calls so let’s do a Zoom competition!’ I was like, ‘You guys are nuts! Okay let’s do it.’”

Despite thinking the show turned out “absolutely wonderful,” Raven says that she needed time to weigh up whether or not it was right for her to do it.

“There have been times where I’ve been asked to go and be part of this or be part of that, or what about this idea for this and I’ve gone ‘no, I don’t really want to do that’ because you can do that, you can say no – it’s hard to,” she tells GAY TIMES. 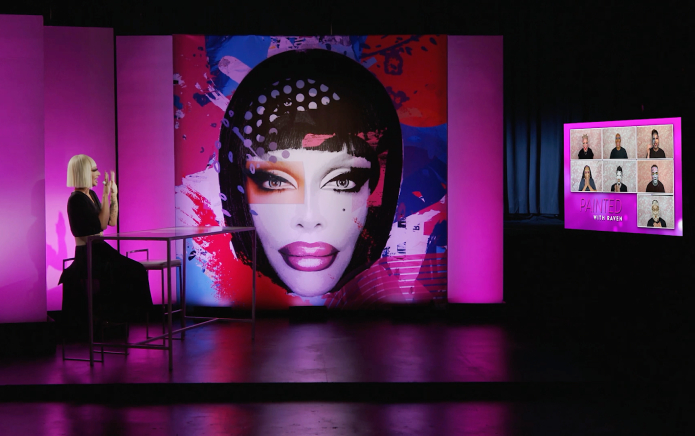 Raven continues: “But, when this came along, and it was Ru and the executives of World of Wonder all talking with me about this idea and how they really want to do it, I said ‘it’s time’ and then there was no time to film it.

“We literally filmed it between getting home from filming UK season three and then just before we filmed season 14 over here.

“There was a little tiny break and they said ‘Oh, in that break, you don’t get one – you’re going to film your own show!’ and I said ‘oh my gosh’ so I had to scramble to get everything together. But it turned out to be absolutely wonderful.”

Since the ninth season of Drag Race US, Raven has even served as RuPaul’s makeup artist – something that earned the star her first Emmy Award.

This role has given her unprecedented access to the Drag Race set, allowing her to see an array of queens come and go, as well as the chance to watch the judges critique other contestants beyond her time competing on season two and All Stars 1.

Raven says: “When I watched them and, the first time I was there on set, watching the way all of this is done with the floor, the queens walking, all of that, I realised it’s just people hanging out and having a good time.”

“So, I kind of went into this thinking of it as my house,” she continues. “This is just a room in my house that I’m inviting everyone into to have a look at what’s going on with the seven guests that I invited over to compete for $25,000.”

Prior to filming Painted with Raven, which RuPaul serves as an Executive Producer for, the Drag Race host gave her some heartfelt words of support.

“And so, I thought, ‘Okay, I’m getting a pat on the back from the head honcho and they’re kind of saying here, go, do it,’ and it definitely was surreal to step into a seat and actually be the one welcoming everyone to the show and welcoming the guest judges and welcoming the artists and presenting things.”

Despite his words of support, there was a time when the legendary queen gave Raven some tough love.

Raven says: “One time he looked at me and said, ‘You know what? Pull up your big girl panties and get the job done.’ and I said ‘Okay bitch, let’s go.’”

The web series sees the duo ‘toot’ and ‘boot’ the looks worn by contestants on the runway, which Raven says “definitely did play into” her ability to judge contestants on Painted with Raven.

“I remember talking with Ru about when it came down to putting someone up for elimination and then doing that, that’s what I don’t do,” she explains. “And he said, ‘Well, this is part of the job. You go to any job and they say, hey this is what we need you to do. You may not want to do something, but you have to do it.’

“So it did definitely help me get into the mindset of knowing you are going to be critiquing and saying you really love this or you don’t love that, but doing Fashion Photo RuView which we have been doing for eight years now – which is crazy to think about – it did help me because at first, we were trying to be very easy with our critiques and go ‘Hmmm, I don’t know about this’ or ‘I don’t want to see that’ – it was more like, no you need to just go ahead and say what you think.”

Raven even reveals to GAY TIMES that queens have approached her in the past over comments made on Fashion Photo RuView.

She states: “In the drag world, we were given the go-ahead to give our opinion and it’s just two queens who have opinions, that’s it.

Catch the premiere of Painted With Raven on Thursday 25 November exclusively on the streamer of all things drag, WOW Presents Plus. Subscribe by clicking here. 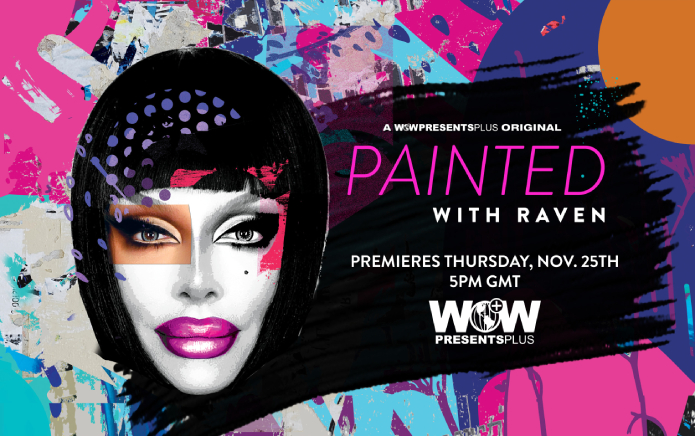