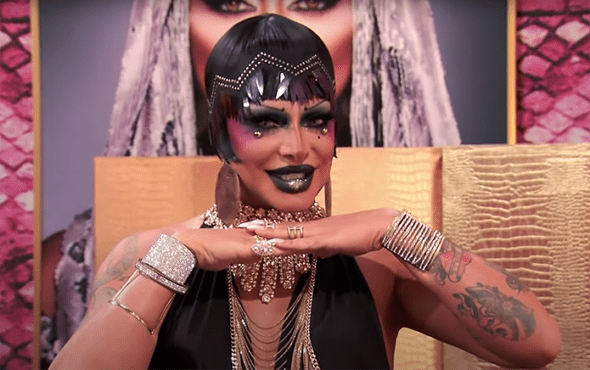 Condragulations are in order for Raven.

The beloved drag entertainer just won her first ever Primetime Emmy Award for Outstanding Makeup for a Multi-Camera Series or Special (Non-Prosthetic).

Raven received her first nomination in 2018 for Outstanding Makeup for a Multi-Camera Series or Special, which ultimately went to SNL.

The star made her Drag Race debut on the show’s second season, where she placed runner-up behind Tyra Sanchez. She made her comeback on the first season of All Stars, where she lost out on the crown for a second time to Chad Michaels.

Raven rejoined the franchise for season nine as RuPaul’s personal makeup artist, and has served as a creative producer for Drag Race since its 10th season and All Stars since its third.

She’s also made sporadic guest appearances over the years. Her most recent stint was as a Snatch Game mentor for the season 12 queens.

Curtis Foreman, RuPaul’s hairstylist, also won an Emmy as the Department Head Hairstylist alongside Ryan Randall. They took home the gong for Outstanding Contemporary Hairstyling for a Variety, Nonfiction or Reality Program.

They follow in the footsteps of Delta Work, who won the same award in 2018.

The show also won Outstanding Casting for a Reality Program and Outstanding Picture Editing for a Structured Reality or Competition Program.

And now, the #Emmy for Outstanding Contemporary Makeup For A Variety, Nonfiction Or Reality Program (Non-Prosthetic) goes to… @RuPaulsDragRace (@vh1)! pic.twitter.com/PhOs8PbTJd

The #Emmy for Outstanding Contemporary Hairstyling For A Variety, Nonfiction Or Reality Program goes to @CurtisWilliamF and @itsryanrandall for @RuPaulsDragRace (@vh1)! pic.twitter.com/xIBGhLfEJJ