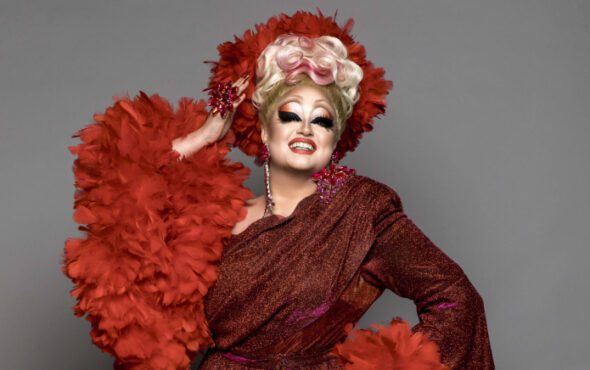 One of Victoria Scone’s picks for Snatch Game has honestly left us screaming.

Speaking with GAY TIMES after the latest episode of RuPaul’s Drag Race UK, which saw the groundbreaking queen exit the series due to her knee injury, Victoria revealed one of her choices for the fan-favourite maxi-challenge: Cockney icon and Eastenders star Danny Dyer.

“I was going to do, potentially, Danny Dyer, which would probably surprise you,” said the star. “I really wanted to potentially have a backup, at least of a male character. Lots of people have been asking me to do certain people, but yeah. I’ll leave it to your imagination!”

Victoria then showed GAY TIMES a picture from her Drag Race UK audition tape in full Danny Dyer drag, before delivering a pitch perfect Cockney accent as she asked us, “You alright, babe?” Extremely sorry, like, really sorry, but this interview wasn’t filmed so you’ll have to let your imagination run wild.

However, Victoria did admit that the Mick Carter actor wasn’t her first choice. In case she does return for the fourth season of Drag Race UK, Victoria said she’s “saving the actual one I was gonna do in me back pocket, just in case.”

Unlike past competitors such as Eureka and Veronica Green, RuPaul didn’t explicitly state whether Victoria had an open invitation for the following season, telling the remaining competitors: “We will all miss Victoria very much, and I have a sense that… we haven’t seen the last of her. But for now, the show must go on.” 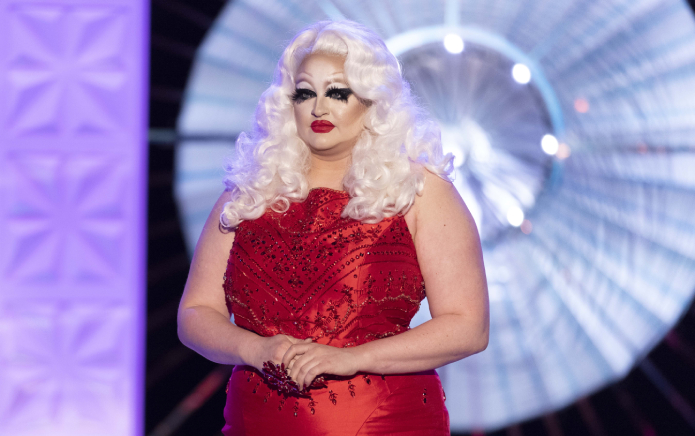 Unsurprisingly, this didn’t go down well with viewers. “Where was the open invite to season four? Justice for Victoria Scone!” tweeted one fan, while another said they will be “PISSED” if she doesn’t sashay back into the werkroom next year.

In her interview, Victoria confirmed that she has “not had an invitation as of yet.”

“You pretty much know as much as I know! What Ru said is what Ru said. We’re still screening season three at the moment. If that happens, it will be very much in the future,” she explained. “That’s as much as I can tell you in all honesty! I just don’t know if the fans would want me to come back, it just depends on them!

“I don’t think they’d want me there! If the demand is there, what can I say?”

You can read our exclusive exit interview with Victoria here.