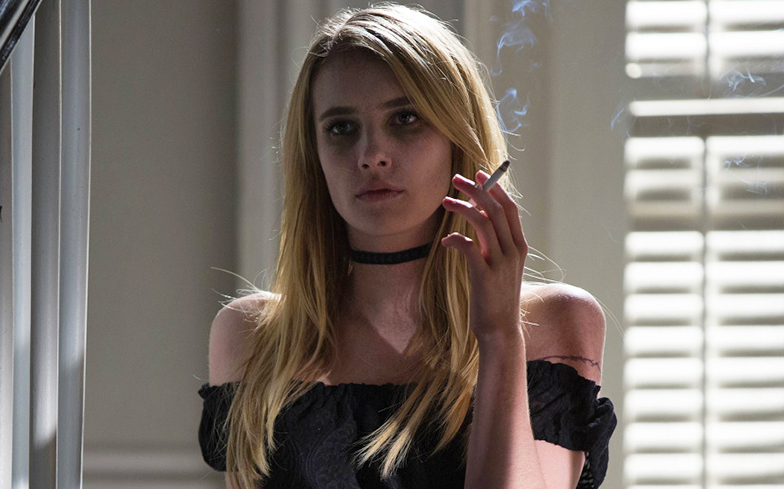 American Horror Story has presented viewers with a whole host of witty, glamorous and downright scary characters throughout its seven seasons so far, but none has such a huge gay following as Madison Montgomery.

The troubled Hollywood star, played by Emma Roberts, made her debut appearance in the show’s third season Coven, in which she battled to become the next Supreme in a coven full of fellow teenage witches.

When creator Ryan Murphy confirmed that season eight of the hit FX show would be a much-rumoured crossover between Coven (season three) and Murder House (season one), fans were left wondering which characters would be making a return.

Well, it seems we now know at least one fan favourite who’ll be returning – Madison Montgomery.

“Surprise, bitch. Bet you thought you’d seen the last of me,” actor Emma teased in an Instagram video, wearing an outfit reminiscent of her costumes from Coven.

While Madison was killed off in the final episode of Coven, it’s not entirely out of the question for her character to make a comeback, as earlier in the season she was resurrected with the help of Stevie Nicks superfan Misty Day.

We also know some previously confirmed details about which cast members will be returning, including series regulars Sarah Paulson, Evan Peters and Kathy Bates, as well as Billy Eichner, Cheyenne Jackson, Adina Porter and Leslie Grossman.

Now, let’s revisit one of Madison’s most memorable moments from Coven below. Can you say, ‘iconic’?