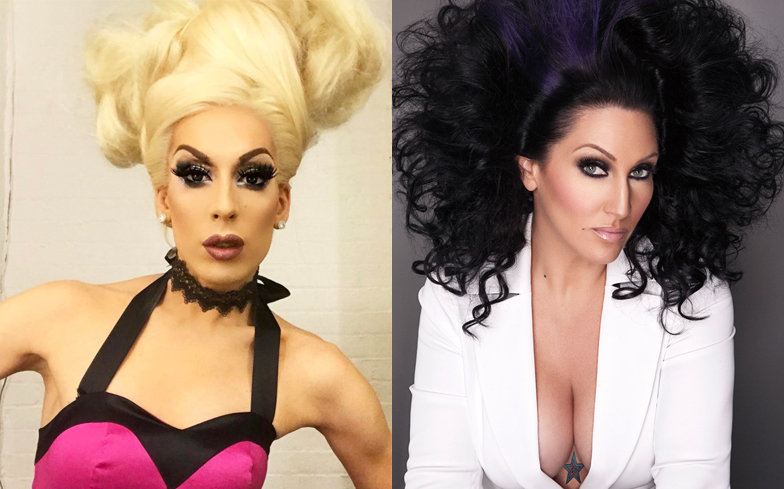 The Drag Race legend gave her backing for the judge to become the judged.

Strictly Come Dancing is currently in the midst of confirming this year’s batch of celebrity contestants, and one of the possible names in the rumour mill is Drag Race judge Michelle Visage.

We don’t know for certain whether Visage will be one of this year’s contestants, but she has received backing from a fellow Drag Race legend, Alaska Thunderfuck, who even thought that the judge could go on to win.

Speaking to Digital Spy, Alaska said: “Michelle was really really dedicated and she makes really amazing TV, so I don’t see any reason why she wouldn’t win it.” She added: “I hope she does tearaways like Courtney Act!”

Alaska memorably competed on RuPaul’s Drag Race back in Season 5, and again on All Stars 2. During her time on the competition, Alaska managed to win six challenges and get the All Stars crown. Alaska has also been producing her own music with her debut album, Anus, having been released in 2015. Her next album is titled Vagina, and she explained why she named the album this.

“Really there was no other name for it than Vagina,” she said. “My first album was called Anus, which if you move up through the Chakra systems of the body, the next one up from the anus which is the root chakra is the genitals.”

She added: “And I’m just personally much more into vaginas than I am into dicks – I think they’re prettier. So we called it that.”

“So pride is a time for us to say we’re here, we’re visible, we’re strong, we’re able to organise and we’re able to activate and work together as a community to make change. That’s what pride’s about for me. And it’s really fun too!”

Strictly Come Dancing is currently heading into its 17th series, with six celebrities so far confirmed to take part. So far we’ve got the usual mix of current and former soap stars with Emma Barton and Catherine Tydelsey, a sportsman in David James, a daytime TV presenter with Mike Bushell, a comedian with Chris Ramsey, and YouTuber Saffron Barker.

Related: Alaska had a hilarious reveal that didn’t make the Drag Race All Stars 4 finale