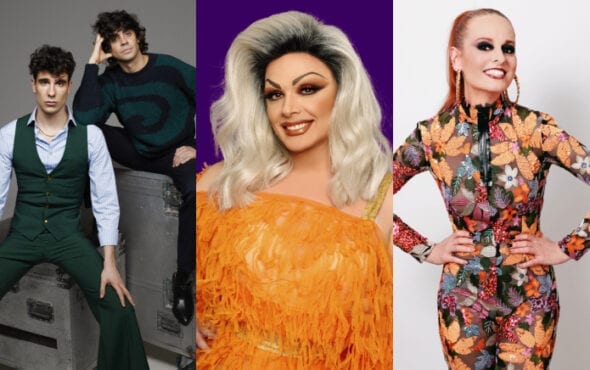 World of Wonder have announced the four fierce judges for Drag Race España.

Streaming exclusively on WOW Presents Plus in the UK at the same time as its debut on ATRESplayer PREMIUM in Spain, the series will introduce 10 incredible Spanish queens to the franchise, one of which will be crowned Spain’s First Drag Superstar.

Spanish drag legend Supremme de Luxe will be on solo hosting duties, following in the high-heeled footsteps of RuPaul and Holland’s Fred Van Leer. On the panel, she will be joined by broadcaster Javier Calvo, actor Javier Ambrossi and fashion designer Ana Locking.

“I am GAGGED to be judging my favourite show in my home country,” Supremme said in a statement.

“Trust me when I say, the drag world is not ready for what the Spanish queens are serving. My advice to the queens comes straight from the mouth of the legendary RuPaul – good luck! And, don’t f*** it up.”

Fenton Bailey and Randy Barbato, WOW co-founders, said: “It is such an honor to welcome Spain to the Drag Race family and bring the fierce fabulous glamour of Spanish queens to new audiences around the world on WOW Presents Plus.

Drag Race Down Under has also been announced for later this year, and will see the return of RuPaul and Michelle Visage. It was recently confirmed that Australian comedian Rhys Nicholson will join them on the judging panel. Before Drag Race España sashays onto screens, fans can expect new crowned queens for Drag Race UK season two, Drag Race season 13, as well as another Hall of Famer for the sixth season of All Stars.