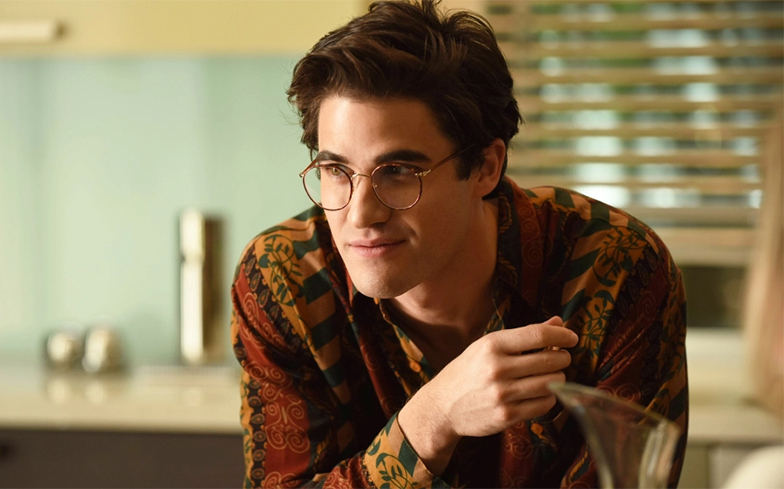 Darren Criss has given his thoughts on the ongoing debate regarding straight actors playing gay roles.

At the start of his career, Criss received critical acclaim for his portrayal of gay Warbler Blaine Anderson on the hit TV show Glee.

After starring in five seasons of the musical series, he portrayed critically acclaimed LGBTQ+ roles in American Crime Story, Hedwig and the Angry Inch.

However, in 2018 Criss announced that he would no longer portray queer characters.

“There are certain [queer] roles that I’ll see that are just wonderful. But I want to make sure I won’t be another straight boy taking a gay man’s role,” he told Bustle.

In a recent interview with The Independent, the 34-year-old revisited the topic and gave new insight into his viewpoint.

“This is a really tough one because, let’s just say, I’ve been s**t on,” he explains.

“No matter what I say, I’m going to get into the same mess that I’ve always gotten in, which is me being what I believe is very fair and diplomatic, but nobody’s interested in that, because compassion is not currently in vogue.

“So I don’t know what to say. I’m making it sound like I have some controversial thing to say, which I don’t. What I say is very normal.”

Later in the interview, Criss opened up further about the discussion and an actors duty to know if they “add value” to a specific role.

He said: “I think for any role that you’re up for, you want to know if you add value to it, right?

“…There are so many performances that are either straight roles given by queer actors or queer roles that are done by straight actors that are so beloved, that we just don’t talk about those.

At the end of the interview, he revealed that he’s passed on queer roles due to him thinking an LGBTQ+ actor would play the character better.

“I’ll read a script and go, ‘I, as a consumer, would rather see a queer man do this role.’”

During an interview with the Sunday Times Culture magazine, Sorkin opened up about casting a Spanish actor in a Cuban role for his latest film Being the Ricardos.

“This should be the last place there are walls. Spanish and Cuban are not actable. If I was directing you in a scene and said: “It’s cold, you can’t feel your face”. That’s actable. But if I said: “Be Cuban”. That is not actable,” he said.

He then went on to discuss the controversial topic of straight actors taking on LGBTQ+ roles.