While promoting his brand new film Being the Ricardos, Sorkin opened up about the controversy surrounding his casting of Javier Bardem as Desi Arnaz.

Many have criticised the Spanish actor for stepping into the role due to Arnaz being Cuban.

In an interview with the Sunday Times Culture magazine, Sorkin defended the casting choice and said it was “heartbreaking” and “a little chilling” that the artistic community is “resegregating.”

“This should be the last place there are walls,” he said. “Spanish and Cuban are not actable. If I was directing you in a scene and said: ‘It’s cold, you can’t feel your face.’ That’s actable. But if I said: ‘Be Cuban.’ That is not actable.”

He then went on to give his opinion on the controversial topic of straight actors taking on LGBTQ+ roles.

Sorkin joins the array of industry creatives that have expressed their opinion regarding the controversial debate.

Earlier this year, Queer As Folk creator Russell T Davies sat down with Anothermag and supported the casting of queer actors for queer roles.

“My take is to cast gay as gay. Absolutely. I believe that profoundly. I think you not only get authenticity; you get revenge for 100 years of straight-washing,” he explained. 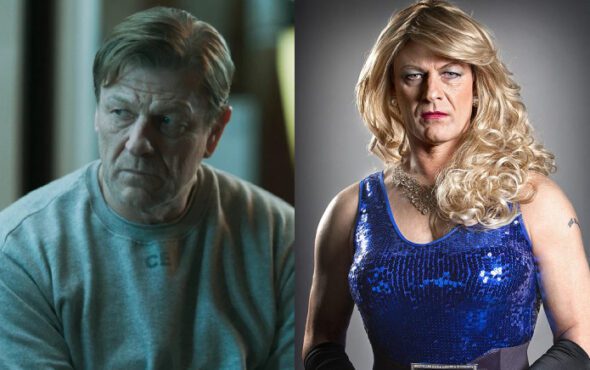 He also encouraged the inclusion of LGBTQ+ actors in straight roles, stating: “And I’ll tell you what, no, I don’t mind a gay actor playing straight.

“Because from the age of eight, gay people learn to fit in with the straight world and act straight. That’s something we know very profoundly in our hearts.

In Davies’ critically acclaimed TV series It’s A Sin, there were “40 or 50 gay speaking parts” alongside a predominately queer-led cast.

However, actors like Benedict Cumberbatch have come out and defended the controversial casting decision.

While attending Telluride Film Festival for his recent film The Power of Dog, Cumberbatch said: “I feel very sensitive about representation, diversity, and inclusion.”

In the film, his character Phil Burbank has been perceived as queer, although never directly being described as such. Cumberbatch also played a gay man in The Imitation Game when he acted as Alan Turing.

He said: “One of the appeals of the job was the idea that in this world, with this specific character, there was a lot that was private, hidden from view.”

“It wasn’t done without thought. I also feel slightly like, is this a thing where our dance card has to be public? Do we have to explain all our private moments in our sexual history? I don’t think so.”