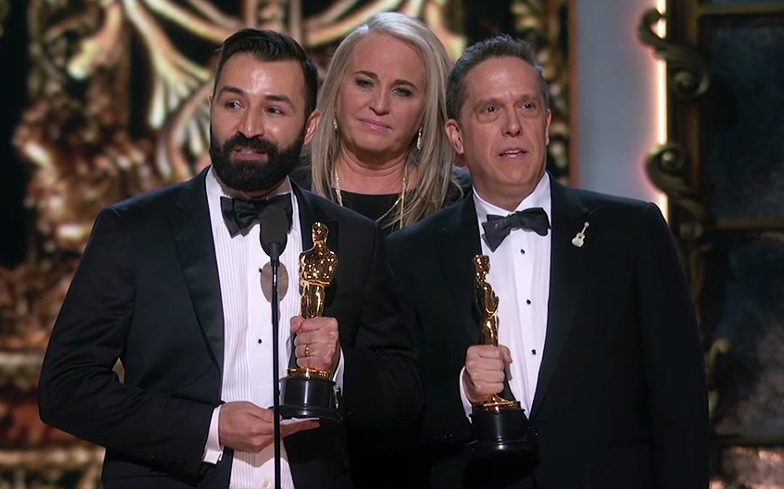 Could we finally see an LGBTQ protagonist in a Disney film?

The studio’s extensive roster of animated films are beloved by LGBTQ people around the world, but it’s always a disappointment to remember that there’s yet to be a major openly LGBTQ character in any of their universes.

It was a special moment for LGBTQ representation at the awards ceremony, but given the lack of such visibility in Disney•Pixar’s films, the creators were asked during a backstage interview whether this was something we could see in the future.

“I mean, that’s a dream, yes. I think that every kind of diversity, LGBTQ – and Coco’s a great example of diversity and representation, and the success of that,” said Darla when asked about the potential f0r LGBTQ characters and storylines.

Will Disney-Pixar show LGBT storylines in films? "That would be a dream," says #Coco's Darla K. Anderson https://t.co/xuXNy6mtQb #Oscars pic.twitter.com/LQoayUIjmJ

While Disney may not have a great track record when it comes to LGBTQ representation in their big-screen offerings, they did make history by airing the Disney Channel’s first ever coming out scene last year on popular series Andi Mack.

The moment, which happened during the season two premiere, saw 13-year-old Cyrus reveal to his best friend Buffy that he had a crush on another guy called Jonah, to which she replied: “You’ll be okay, I promise.”

Andi Mack, which has also been praised for its progressive storylines about divorce and interracial relationships, was at the time the number one show in America in its time slot for kids aged 6-14, meaning its impact can’t be understated.

Meanwhile, fans of Disney’s smash hit Frozen continue to campaign for lead character Elsa to get a girlfriend, with the original’s director weighing in with her thoughts earlier this year.