CBBC series The Next Step airs its first same-sex kiss 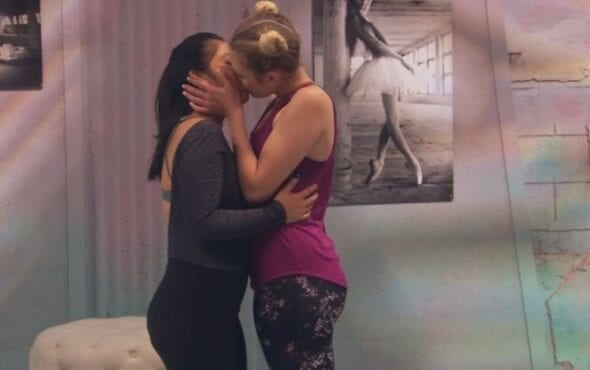 This was the first same-sex kiss in the show’s seven season run.

CBBC series The Next Step has just aired its first-ever same-sex kiss, in a beautiful and moving scene. The Next Step is a Canadian mockumentary series which follows a dance troupe as they prepare for competitions.

In the show’s latest episode, Room Service, which aired on Wednesday (22 July), dancers Cleo and Jude, played by Dani Verayo and Molly Sanders respectively, were preparing to perform in their duet. Before their routine, the characters had a heart-to-heart discussion, which, after some flirting, led to the kiss.

In monologues before the kiss, Jude said: “When I dance with Cleo, I forget about everything. It’s just her. We’re dancing together and all I see is her.” Cleo adds onto that, saying: “When I dance with Jude, I feel safe and free all at the same time. When we dance together, it’s like magic.”

You can watch the touching scene either here, or below. 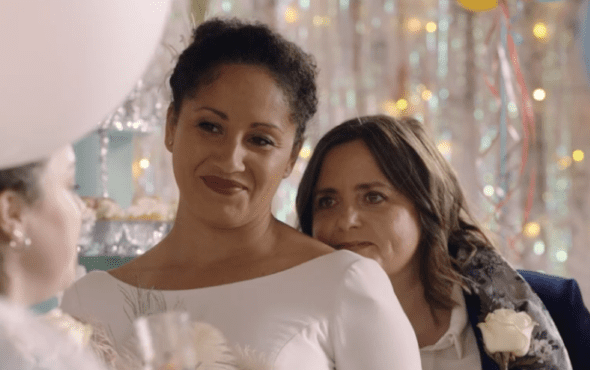 Cleo and Jude aren’t the first LGBTQ+ characters in the series, as there was a gay male couple, however their relationship didn’t go past just a pat on the back.

Speaking to the Metro, Eloise Stonborough, the Head of Policy and Research at Stonewall, praised CBBC for airing the scene, saying: “Jude and Cleo’s kiss on CBBC’s teen drama, The Next Step is an exciting moment for LGBT representation.

“It’s important for everyone to be able to see themselves in mainstream media and to know they have a place in society. When lesbian, gay, bi and trans people aren’t reflected in what they watch, young LGBT people can get the impression that there is something is different or wrong about them.”

She added: “Representation can help young LGBT people understand themselves by relating to lesbian, gay, bi and trans characters, and improves understanding of what it means to be lesbian, gay, bi or trans, which helps everyone to be more accepting.”

A BBC spokesperson said: “CBBC is proud to reflect all areas of children’s lives, including age appropriate representation of same sex relationships, across our factual and fictional output.”

The kiss went down well on Twitter, with one social media user writing: “CBBC JUST DID THAT! THE NEXT STEP, A KIDS SHOW, JUST DID THAT!”

Another wrote: “I wish I’d seen more stuff like this growing up so I didn’t have to rely on word of mouth and news broadcasts to figure out wtf I was and that it was OK.”

And amid an onslaught of homophobia from ‘concerned parents’, because they always rear their heads whenever any show tries to become just a little bit more reflective of the world, one parent wrote: “As a mum I believe that the more our kids see these types of storyline, the more they will just accept it as normal. Well done TNS x”