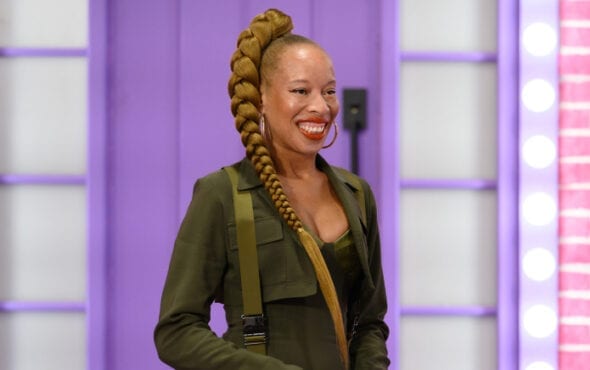 According to a statement from the show’s Twitter account, the supermodel and TV personality “won’t be able to return” for the upcoming second season due to “COVID-related challenges”.

“We’ll miss her killer lewks, positive vibes, and energy but know that she’ll be cheering on the S2 queens!” the tweet continued to read. “Stay tuned for updates on our judges soon!”

Following her career in modelling, Stacey rose to international prominence as a judge on the first season of Canada’s Top Model, before making sporadic appearances on America’s Next Top Model between 2006 and 2018.

She joined the cast of Canada’s Drag Race for its inaugural season last year, where she sat on the judging panel alongside Brooke Lynn Hytes and Jeffrey Bowyer-Chapman.

Earlier this year, the latter – best known for his four-season stint on Lifetime’s comedy-drama UnReal – also departed the series due to prior commitments on Disney+’s upcoming Doogie Hower reboot, Doogie Kameāloha, M.D.

At the time, Brooke Lynn – who made herstory as the first former Drag Race contestant to become a judge on the franchise – said: “Unfortunately, our third will not be joining us this season. He’s filming his new show.

“He’s busy, he’s booked, and he’s getting paid. Unfortunately, with scheduling, things just didn’t work out for him to come back this season. He’s going to be so missed. We love you so much Jeffrey.”

After 10 sickening episodes, which received praise from fans and critics, Priyanka earned the title of Canada’s First Drag Superstar and made history as the first person of Indo-Caribbean descent to win Drag Race.

You can read our exclusive digital cover story with Priyanka here and watch the first season of Canada’s Drag Race on BBC iPlayer.

#CanadasDragRace fans, we’re sad to share that Stacey McKenzie won’t be able to return for Season 2 due to COVID-related challenges. We’ll miss her killer lewks, positive vibes, & energy but know that she’ll be cheering on the S2 queens! Stay tuned for updates on our judges soon! pic.twitter.com/TAIftE9KCD