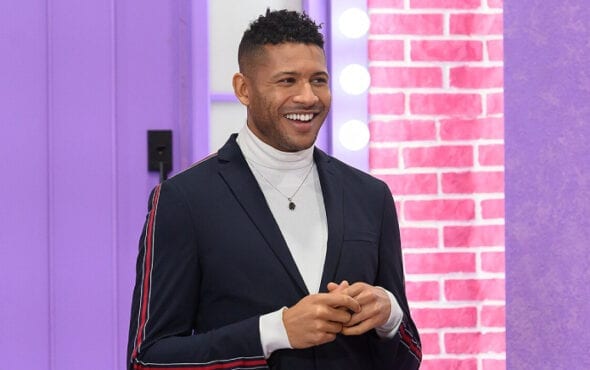 Canada’s Drag Race has lost one of their main judges.

In a video posted to the show’s official Instagram page, Brooke Lynn Hytes and Stacey McKenzie confirmed that Jeffrey Bowyer-Chapman is unable to return for the upcoming second season.

“Unfortunately, our third will not be joining us this season,” said Brooke, who made herstory as the first former Drag Race contestant to become a judge on the franchise.

“He’s filming his new show. He’s busy, he’s booked, and he’s getting paid. Unfortunately, with scheduling, things just didn’t work out for him to come back this season. He’s going to be so missed. We love you so much Jeffrey.”

Bowyer-Chapman’s appearance on the first season was met with intense backlash from so-called ‘fans’ of Drag Race, who inundated the actor with vile comments on social media due to his critiques for contestants such as Jimbo and Ilona Verley.

After he deactivated his Twitter account, Drag Race UK star Crystal  – who guest starred in the series – hit out at the toxic trolls, saying she felt “compelled to call out the racial undertone to the abuse” Bowyer-Chapman has faced.

She told the Metro: “White judges on other seasons have said stronger things than anything JBC has said (Michelle Visage’s ‘hogbody’ comment to Adore Delano in All Stars 2 is a notable example), but have not had anywhere near the level of vitriol.

“Brooke Lynn Hytes has also been a very critical judge this season, echoing many of JBC’s comments, but has escaped relatively unscathed compared to him.”

After her win, she told Entertainment Weekly: “The fans don’t understand that they had to build trust with the judges. That’s what happens. They saw these three new judges and were like, ‘Oh, they don’t know what they’re talking about.’

“At this point, they just have to give the judges a chance,” she said. “Jeffrey is the sweetest and was so invested in our growth and gave us great advice.

“You want to see the shady comments from the judges because that’s what makes for good TV! It doesn’t mean that he’s a bad judge and an awful human being and should go kill himself. They have to be nicer to people and stop being so evil!”

You can watch the announcement about Jeffrey Bowyer-Chapman’s departure here or below.

Canada’s Drag Race will return for a second season later this year.

The first season is now available to stream on BBC iPlayer.