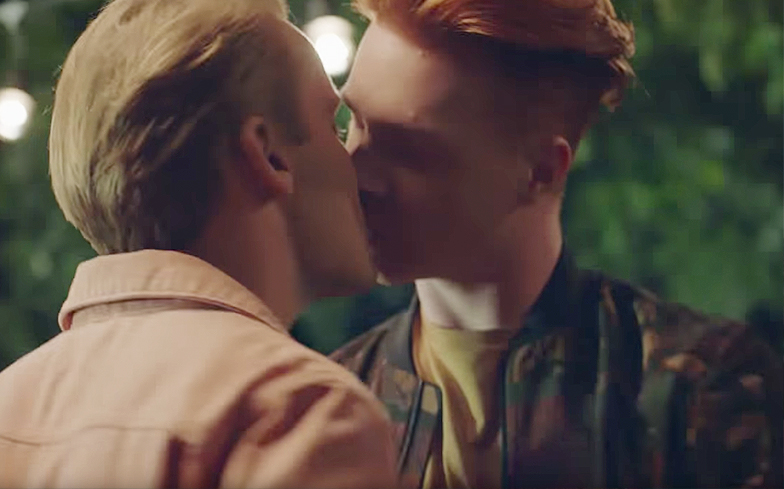 2017 was a bit of a roller coaster year for LGBTQ rights and representation in popular culture and advertising.

LGBTQ people, couples and families can look around and feel a palpable sense of pride that things have come such a long way in recent decades.

Last year marked half a century since the passage of the Sexual Offences Act 1967, which partially decriminalised sex between two men over the age of 21 in England and Wales. It also marked three years since the institution of marriage creaked open its ancient doors to welcome the LGBTQ community. What’s more, we also celebrated the seventh anniversary of the Equality Act – the Act which made it unlawful for employers to discriminate against employees, job seekers and trainees on the basis of sexual orientation. We’re much better represented in great quality films and TV shows than ever before. So 2017 was a good year to take stock of how far things have come.

Even so, there is still inequality and discrimination up and down the country, with many battles still to be fought. Indeed, despite the excellent progress of recent years, some sections of society remain hostile to the LGBTQ community, and this was unfortunately reflected in 2017’s ten most complained about adverts, compiled by the Advertising Standards Authority (ASA).

Riding high at number two in the list was the familiar MoneySupermarket ad. This was an updated version of the ad which has topped the ASA’s list for a couple of years running. In this iteration, dancing men in skirts and heels face off against twerking builders before a female builder with killer moves sees them all off.

Hundreds of people complained that this latest version was ‘offensive’ on the grounds that it was overtly sexual; but, in an interesting twist, some people also thought it was ‘possibly homophobic’. The ASA disagreed, viewing the advert as being neither offensive nor likely to condone or encourage harmful discriminatory behaviour.

Number four on the list featured another familiar ad: the Match.com ad which showed a lesbian couple sharing a kiss. This same ad was at number three last year. In fact, over two years it has racked up almost 1,200 complaints.

There is a flash of a bra and a suggestion of ‘intimacy’ but the couple are not doing anything we have not all seen straight couples do countless times in dating, perfume or underwear ads. The ad also featured numerous straight couples in various stages of undress, but there is no mention of anyone complaining about any of them. As they did last year, the ASA rejected all of these complaints.

A new entry, in at number eight in the list, was an advert for O2. It featured a fleeting kiss between two young men, and attracted 125 complaints.

Many viewers apparently felt it was too sexually explicit and scheduled inappropriately so that it was likely to be seen by children. If it’s alright to show a straight couple doing something in an advert then it should be fine to show a same sex couple doing the same thing – it’s that simple. It seems the ASA agreed in this case, as it did not uphold these complaints.

Finally, an advert which warrants a mention but was not on the list was the McCain ‘We are family’ ad. It challenged the concept of a ‘normal’ family and, amongst a montage of various families, showed two loving fathers and their baby. One dad was seen giving the other a peck on the cheek (gasp!) and the real life couple featured in the advert subsequently received dozens of abusive messages via social media but credit to McCain, they kept the advert running and stuck to their principles.

For the time being we have to accept that there are a relatively small number of people who find the depiction of a kiss between a same-sex couple so deeply offensive that they feel compelled to complain about it. The good news is that the ASA has taken a consistent position on this issue, which has been to listen to people’s complaints but not to uphold them. This is the right approach.

Looking forward to this year, let’s hope we see even more examples of diversity being represented in smart, sensitive and authentic ways in advertising and marketing.

Geraint Lloyd-Taylor is the legal director and deputy head of the Advertising & Marketing team at law firm Lewis Silkin, as well as a spokesperson for PrideAM.org.