A hotel with grand aspirations… but someone turn down the lights! 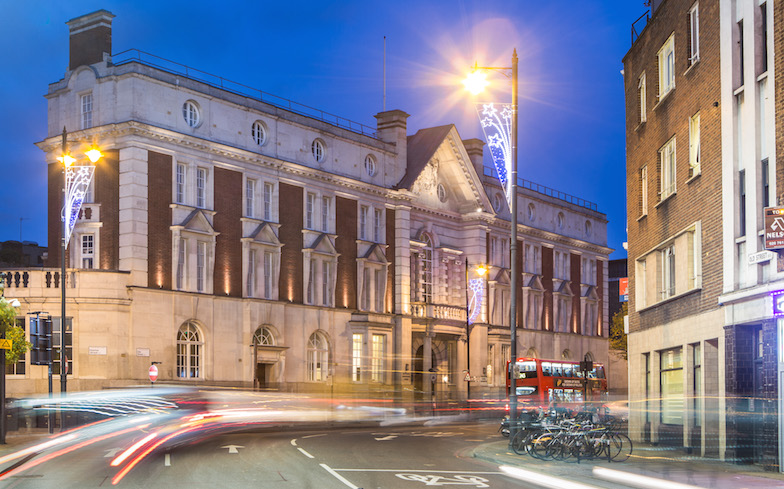 Surely the whole point of taking over a landmark building is that you run with it. Make something of it. Use it.

In the case of the Courthouse Hotel in Shoreditch, the raw material is gorgeous. A big, blocky, handsome slice of neo-classical architecture that was once… a courthouse.

The fact that it’s at the heart of that whole Shoreditch thing should also add to the appeal but somehow, and despite a refurbishment that apparently cost a cool £40 million, Courthouse Hotel seems almost like it could be handy for Gatwick. Walking in, there’s no denying the grandeur – the steps, the size of the door, the entrance hall. But with its modern touches, it has more the feeling of a school that has tried to funky it up a little bit and that has a lot to do with the lighting.

Where in New York this would have lights dimmed to the extent you might need a dog to help you get to reception, this is almost forensic in its brightness, which, quite apart from not helping with ambience, means you can tell from twelve yards that the plants aren’t real. And that lighting continues into the restaurant, Judge & Jury, another room that could have been hands-down fabulous but settles for being barely interesting.

With various forms of lights – some up there, some down here, some overhanging – you can’t help but come to the conclusion that they need to turn about 75% of it off to create anything like an atmosphere.

Pictures round the wall show famous East Enders (not off the telly, though some are off the telly) in caricature form, showing there is a sense of humour at work here at some level but, as Ian Shrager, the most famous hotelier in the world, old us recently, this is a game of touches and salt ‘n’ pepper shakers like you used to get at school is not a touch.

The food? Fine. We had a peppery pineapple ceviche to finish that was absolutely beautiful, though breakfast next day was very much along the lines of sausages and beans under a sun-tanning lamp. It just feels it could all have been done in a building that was once a tax office and not one where, when you go to the really quite nice roof terrace, you’re not thinking, ‘Aw, what a shame.’