Beanie Feldstein and MJ Rodriguez are teaming up for the new anthology series titled Girls Can’t Shoot (& Other Lies).

The show is based on the international bestselling collection of essays Feminists Don’t Wear Pink (and Other Lies), which features a piece from Feldstein.

According to a report from Deadline, the series “will explore and play with the expectations of women in storytelling by placing heroines at the center of traditionally male genres in a multitude of original, high concept, cinematic tales and will put the creative power squarely into the hands of female filmmakers.”

The two actresses are set to co-star in their own episode but the details surrounding the plot is under wraps.

Kat Dennings, Jameela Jamil and Lolly Adefope will also be starring and executive producing their own episodes.

Shortly after the news was announced, Feldstein took to Instagram and shared her excitement for the series.

“THIS. GROUP. OF. WOMEN. I’m just too excited. and proud. and grateful,” she wrote.

“Just wait for what the remarkable minds of my love Bonnie-Chance Roberts and my angel Scarlett Curtis have created. MJ Rodriguez – what a f**king honor to be by your side on this one.”

Scarlett Curtis, who curated the collection of essays, has been tapped as the executive producer alongside Saorise Ronan and Bonnie-Chance Roberts of Mark Gordon Pictures. 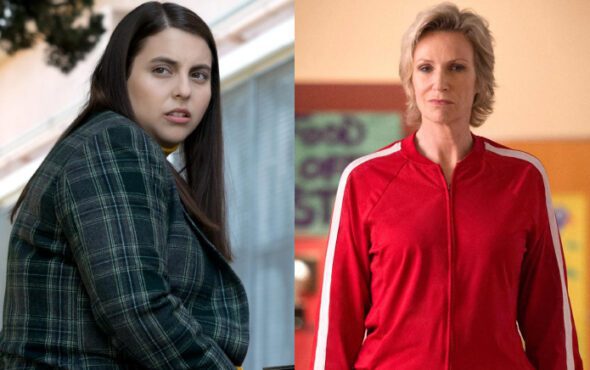 In a statement, Curtis opened up about the importance of the series and what viewers can expect from the diverse stories.

“Feminists Don’t Wear Pink (and other lies) gave a generation of women the chance to tell their stories and Girls Can’t Shoot (& other lies) has the exact same mission,” Curtis explained.

“It has been my lifelong dream to show that women’s stories can be both entertaining and empowering and I could not have found a more incredible group of women to bring their extraordinary visions to life.

“Working with two producers as supportive, creative and risk taking as Bonnie and Mark has been a truly magical process.”

Roberts echoed similar sentiments to Curtis and described working with the all-star cast and crew as a “dream come true.”

“It was in March 2020, on the cusp of the end of the world, that we first began dreaming of a way to harness the spirit of Scarlett’s book into a series,” she said.

“So, to have had each of these wildly talented, deeply creative women partner with us and pour so much passion into the work is an absolute dream come true.”