Kaylee Bryant leaves Legacies series after four seasons: “I am so grateful to the fans” 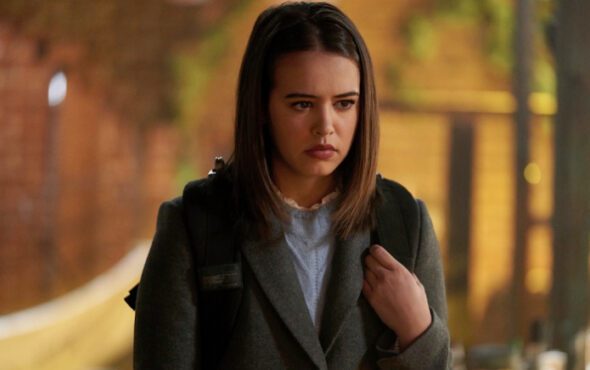 Fan favourite character Josie Saltzman has officially departed from Mystic Falls and the Salvatore School for the Young and Gifted.

In the latest episode, titled I Can’t Be the One to Stop You, the beloved pansexual witch took a one-way bus out of the city after years of unhappiness in the magical town.

Shortly after the episode aired, the 24-year-old took to Instagram to thank the fans of the series for their support.

“As a fan of The Vampire Diaries universe myself, I am so grateful to the fans and will love them always and forever for welcoming and accepting me into this world,” she wrote.

“Josie has helped so many beautiful humans feel comfortable in their sexuality, and I hope her legacy lives on so that one day everyone feels free to love whoever they want regardless of gender.”

Even though Bryant is no longer part of the cast, her open-ended departure has potentially left the door open for her return.

In an interview with TV Line, executive producers Julie Plec and Brett Matthews said that “Legacies will always be open” to Bryant.

“While it’s heartbreaking to say goodbye to such a beloved Super Squad member, we wish Kaylee happiness and success,” they said.

“We look forward to watching her career grow in the future, and our door at Legacies will always be open to her, because the world is simply a better place with Josie Saltzman in it.”

Longtime fans of the series have also taken to Twitter to express their sadness over the loss of Josie.

On Twitter user wrote: “You will always be remembered Josie Saltzman the most kindest and selfless character on the show.”

Another user wrote: “Goodbye Kaylee!! we all wish you the best and we are so proud of you. Thank you for bringing us Josie Saltzman I’m not sure where I would be today without her.”

Bryant’s departure from Legacies comes a few months after she came out as part of the LGBTQ+ community.

Taking to Instagram, she uploaded a photo of her holding a rainbow flag alongside the caption: “Hi, my name is Kaylee and I’m queer! Happy Pride Month!”

It’s looking to be a busy 2022 for Bryant, as she is currently filming the thriller The Locksmith alongside Ryan Phillippe, Kate Bosworth, and Ving Rhames.