Fate of Kevin Can F**k Himself confirmed by AMC 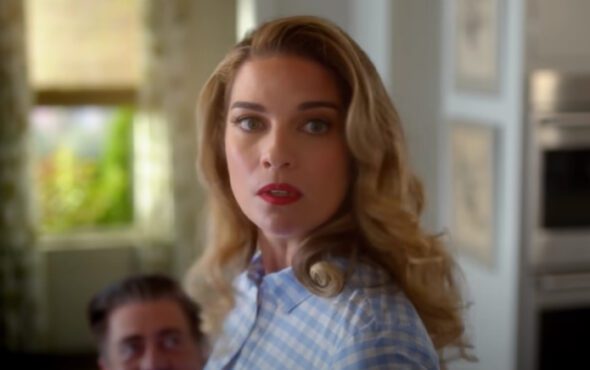 The fate of AMC’s Kevin Can F**k Himself beyond season two has been confirmed following its renewal back in August.

The dark comedy follows Allison McRoberts (Annie Murphy) who is in an unhappy marriage with her husband Kevin (Eric Petersen).

Viewers are shown a contrasting perspective of what she experiences, ranging from scenes showing her as a stereotypical sitcom wife when she is around Kevin using a multiple-camera setup (complete with canned laughter), and then as her struggling with tough personal issues in others using a single-camera setup.

After a highly successful first season, making it the most-watched title on AMC+, eight new episodes are set to premiere in 2022.

However, the network has now confirmed via TV Line that Kevin Can F**k Himself will come to an end at the end of its second season.

It now joins the likes of The Walking Dead: World Beyond and 61st Street as one of AMC’s shows limited to a two-season run.

Season one came to an end at the start of August with the biggest cliffhanger in the show’s run so far.

Allison’s plot to murder her husband is overheard by Neil (Alex Bonifer) which is followed by him confronting her.

He almost strangles her to death, but Allison’s neighbour, Patty (Mary Hollis Inboden) stops Neil by smashing a bottle over his head.