Tackling homophobia in football: The game is finally listening 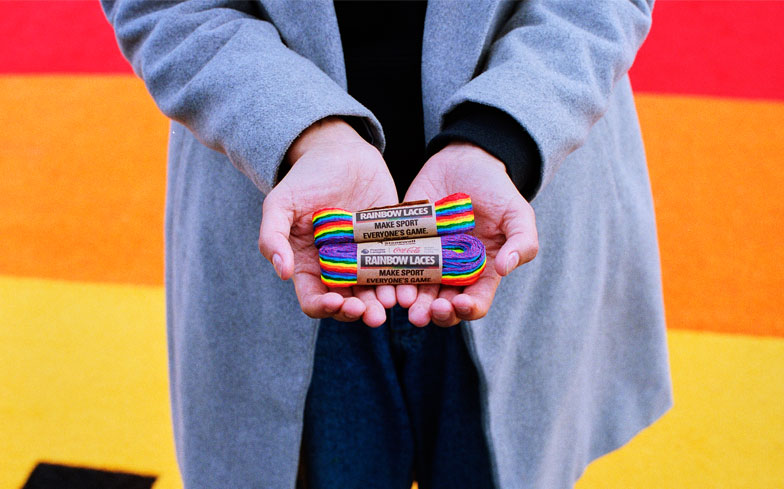 Never so visible, the movement’s iconic imagery stood front and centre at the heart of our national game throughout the first week of December. For some of us, the sight of gay symbolism blending with the boots, flags and stadia of our national game was spine-tingling.

It’s been a long journey to get here: from the first footballer coming out in 1990 to the England captain’s rainbow armband some thirty years later.

As the last century drew to a close the threat of a tabloid-outing was still very real. Then, as the landscape shifted favourably in the mid-noughties the emergence of social media meant that while the speed of social change increased, a player’s actions were now under global scrutiny – there was no longer just the British red-tops to answer to.

It’s often said that before a (male – the women’s game has progressed quicker) footballer can simply come out, the game needs to create an environment in which they feel comfortable to do so. Finally, with the Rainbow Laces campaign, it feels like this is starting to happen.

Often perceived as a one-off day, it actually runs more like a mini football festival between two-match weekends. All Premier League fixtures saw bespoke Rainbow Laces pitch flags, ball plinths, handshake boards and substitutes boards (as well as the aforementioned rainbow captain’s armbands and rainbow laces), while LED boards at stadiums highlighted the campaign and clubs showcased the work they do to support and celebrate LGBT communities.

As well as donating to Stonewall, Coca-Cola – alongside the Premier League – unveiled giant welcome mats outside stadiums as part of their ‘Where Everyone Plays’ campaign (at last a classy, non-clunky slogan) as well as purchasing 30,000 Rainbow Laces which were gifted to fans throughout the second weekend. The battle against homophobia is still in its infancy and we’ve not reached the promised land yet. Until then every lace helps build a bridge.