Suki Sandhu Gaysians cover interview: “I’ll always speak up for our community as a Gaysian” 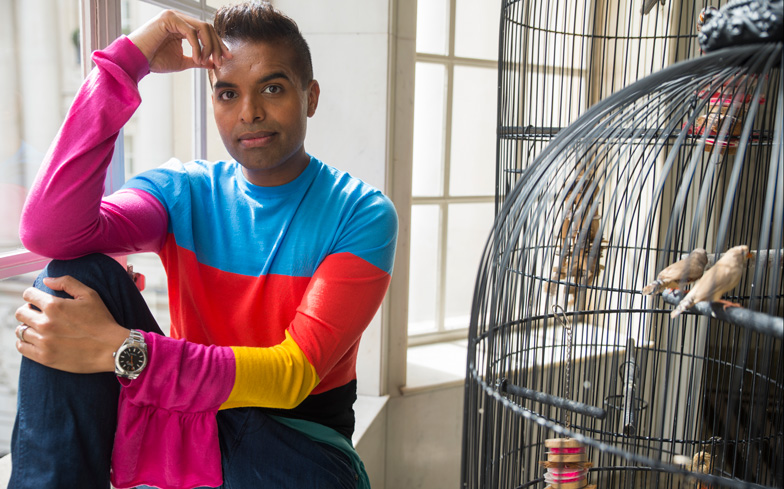 How did you come to be in the public spotlight?
I joined a recruitment company in 2003, and came out at work, then went on to become their top performer globally out of thousands of employees. In 2011, I launched Audeliss, my diversity-focused executive search firm to help level the playing field for diverse talent for executive and non-executive roles globally. It then went on a bit of a roll – I launched OUTstanding, our LGBTQ initiative in 2013 which was initially a list of the Top 50 LGBTQ executives globally published in the Financial Times which reaches millions of people globally. EMpower and HERoes was launched in 2017 to champion ethnic minorities and female talent. This meant we reached even more millions for all the right and positive reasons. I’ve been lucky enough to meet tons of incredibly fantastic and inspiring people in this time, and as my organisations have grown, I’ve been asked more and more to speak at various events, have won lots of awards and I’m very proud, and lucky to be able to use my platform for worthwhile causes. I’ve recently launched the Suki Sandhu LGBTQI Asia Fund with GiveOut, and been appointed to the board of OutRight Action International based in NYC which is driving LGBTQ rights globally.

Have you ever faced discrimination or homophobia within your industry?
I’ve experienced some casual homophobia with colleagues in my early career and with clients when they’ve mocked my relationship with my partner, but I challenge it and am unapologetic about being me. I’ve the confidence to do this and many don’t. I’ll always speak up for our community as a Gaysian, and if I can change someone’s homophobic, racist or sexist viewpoint, then I hope that helps another person.

How did your local community and family react during your coming out?
I don’t know how my family didn’t know I was gay. Although I was a pretty gay kid (my sister and I would dance to Vogue in front of my family from my Madonna Immaculate Conception video cassette), they had no idea. There was a lot of layers for me to work through when I came out – I’m Indian, Sikh and from a working class background so there’s a lot in there. When I came out to my mum, she said, ‘but you can still get married’. There was a lot of tears, she was actually really upset. She called me a few days later to say, ‘I can get you an appointment for the doctor, they can fix you’. This was 14 years ago, times were quite different then, but now they are the biggest allies and gave a speech at my wedding to my husband.