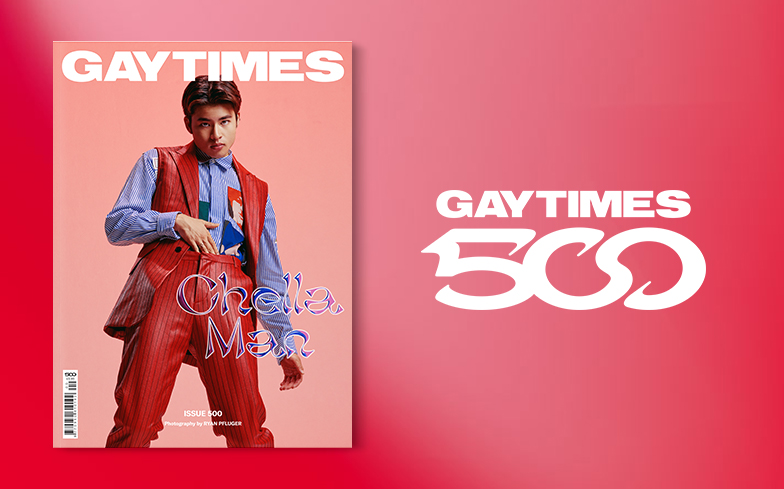 Breaking out of the mould, actor and activist Chella Man is a much-needed new voice for the trans experience.

He’s mixing with the big players, especially with his historic appearance in DC Universe’s Titans. But perhaps what’s more important, he’s visible and can be seen by others similar to their lived experience – and it’s a responsibility that’s of vital importance to Chella Man.⁣⁣⁠

“Through these experiences, I have felt a surge of empathy leading to the determination of establishing new infrastructure for our world to operate on, promoting inclusivity and equity,” he tells GAY TIMES, adding that it was a complete lack of visibility and internalised oppression that prevented his own personal progression during his younger years.⁣⁣⁠⁣⁣⁠

“After eighteen years of internalised struggles with my gender/disability/ race due to harmful societal constructs, I now feel comfortable and cemented with my identity. Having reached this newfound certainty, I felt eager to experiment and push the boundaries of my identity further. But this time, on my own terms.”⁣⁣

In Issue 500, Chella Man speaks to friend Indya Moore about why we need to have greater conversations around queer mental health, the beauty and power of the intersections of his identities, and how we can all be better allies and support trans people as their battle for true equality continues.⁣⁣⁠

Chella Man’s cover of Gay Times Magazine Issue 500 is available worldwide, and you can buy it here.