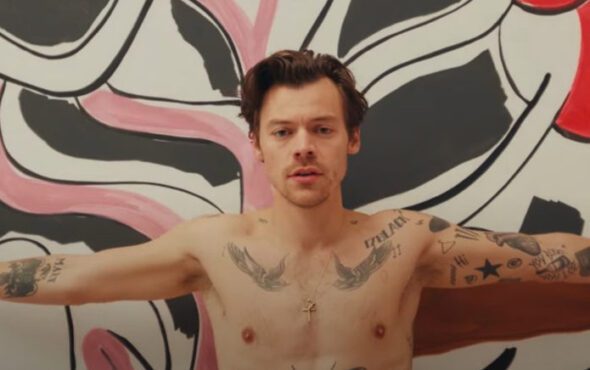 A university in Texas has announced a new class focusing on pop music sensation Harry Styles and celebrity culture.

For a decade, the Adore You singer has made massive waves within the industry.

After ending a successful run as a member of the popular UK boy band One Direction, Styles skyrocketed to solo success with songs like Watermelon Sugar, As It Was, and Sign of the Times.

Alongside his larger-than-life music career, the 28-year-old has also begun to take over the acting sphere, with future roles in not one but two highly anticipated films, Don’t Worry Darling and My Policeman.

With the young talent quickly becoming a pop culture icon, Styles enthusiasts will soon be able to take a class dedicated to the music sensation and his societal impact.

On 16 July, Texas State University professor Dr Louie Dean Valencia announced that he would be teaching a course titled: “Harry Styles and the Cult of Celebrity: Identity, the Internet and European Pop Culture.”

“It’s official, official. I’m teaching the world’s first ever university course on the work of #HarryStyles is happening Spring 2023 @TXST Univeristy,” he wrote via Twitter. “This is what tenure looks like. Let’s goooo.”

The class description reads: “This course focuses on British musician Harry Styles and popular European culture to understand the cultural and political development of the modern celebrity as related to questions of gender and sexuality, race, class, nation and globalism, media, fashion, fan culture, internet culture and consumerism.”

This is what tenure looks like. Let’s gooooo! 😊 pic.twitter.com/1z3vMZoxRV

In an interview with NBC, Valencia gave further insight into the course and what students can expect.

“I’ve always wanted to teach a history class that is both fun, but also covers a period that students have lived through and relate to,” he explained.

“By studying the art, activism, consumerism and fandom around Harry Styles, I think we’ll be able to get to some very relevant contemporary issues,” he revealed. “I think it’s so important for young people to see what is important to them reflected in their curriculum.”

When asked about the inspiration behind the class, Valencia revealed that he came up with the course during the early days of the COVID-19 pandemic.

“This class came out of research that I started when locked at home during the summer of 2020 listening to Harry’s music,” he said.

“When I couldn’t travel to do my regular research, I started researching Harry – focusing on his art, the ways masculinity has changed in the last decade, culture and the internet.”

While the class has already gained notoriety across social media, only a handful of lucky individuals will be able to participate in the spring course.

“The classes are capped at 20, so we can have in-depth conversations,” he told the news outlet. “There is a lot of demand, and I would love to teach it to a broader audience.”

In honour of Harry Styles’ new university course, check out his latest music video for Late Night Talking here or below.