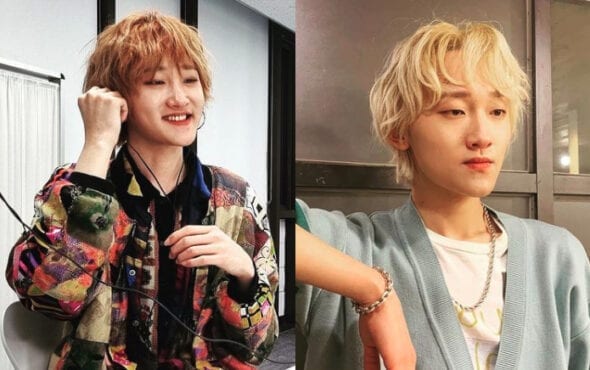 South Korean rapper Aquinas has come out as bisexual in a heartfelt social media post.

Taking to Instagram on Tuesday (13 July), the young talent uploaded the bisexual flag and the caption “I am bisexual” in both English and Korean.

The post received close to 40,000 likes and was filled with supportive messages from fans.

In an interview with SPOTV, Aquinas elaborated on his decision to come out.

“I thought about it for three or four hours before posting,” he said.

“In our society, LGBTQ+ people are still discriminated against and criticized. I thought that if I made this confession at a young age, LGBT people would gain courage and be comforted.”

The 20-year-old rapper also said he was hesitant about coming out because of the potential negative feedback.

“I was worried about whether I could post a post or what kind of reaction it would get if I did,” he revealed.

“But I wanted to give courage to LGBT people and I thought I had to stand by them, so I finally brought up the story I wanted to tell. I never regret coming out.”

In terms of his career, Aquinas hopes to make more LGBTQ+ centric songs.

“In the American pop market, a lot of stories about LGBT people come out in songs. I also want to make a song like that and support them,” he exclaimed.

Aquinas – whose real name is Kang Min-soo – has been on the rise within the K-pop world. In 2019, he took home the second place title on the rap competition, High School Rapper 3.

He continued his upward trajectory when he released It Dozen Matter and competed on the popular TV series Show Me The Money.

Aquinas joins a growing list of Korean pop stars who have come out as members of the LGBTQ+ community.

In 2020, singer Kwon Do Woon revealed he was gay while marking his 10 year anniversary of his debut as a trot artist, which is a popular Korean genre.

Back in 2019, Som Hein took to Instagram to announce she was bisexual alongside a picture of her girlfriend.