Olly Alexander “overwhelmed” by first show with live audience since 2019 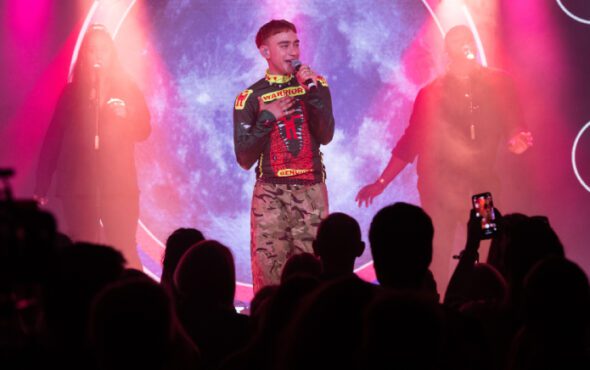 Olly Alexander teamed up with Capital FM to give his first live performance since COVID-19 restrictions were imposed.

Capital Up Close presents Years & Years with Barclaycard took place on 31 August and saw Olly perform for the first time since the announcement of Years & Years’ solo project.

The chart-topper, who is known for hits such as King and Stastruck, said he was “overwhelmed” to be performing in front of a live crowd for the first time in 18 months.

“This is so crazy, this is crazy,” Olly told the crowd. “I’m so happy to see all of you. Capital Up Close with Barclaycard has been the first show I’ve done with a real audience since 2019.”

“It’s so nice to see you guys. Sorry… I’m overwhelmed. Ok, we are Years & Years, we’re so excited to be here. I’ve forgotten how to do this bit!”

Prior to the show, Roman Kemp, one of Capital’s presenters, said the Capital Up Close gigs have been a “phenomenal” success.

He added: “Olly Alexander is a huge hit with Capital listeners, and we’ve seen how much everyone has enjoyed being back at live music shows so this promises to be an epic night!”

Olly has recently seen increasing success in acting and earlier this year played the lead in Russell T. Davies’ drama It’s A Sin.

The five-part Channel 4/HBO Max series, which was written by Russell T. Davies, depicts the lives of a group of gay men living through the HIV/AIDS crisis in the United Kingdom from 1981 to 1991.

It was met with critical acclaim and quickly generated a cult following, with many praising its depiction of AIDS and the emotional cast performances.

Following the success of It’s A Sin at the start of this year, indie shop owner Philip Normal partnered with Terrence Higgins Trust to create a t-shirt that allows people to “join the gang from the Pink Palace”.

Normal has since confirmed that his infamous “La” t-shirt has raised over £500,000 for HIV and sexual health charity Terrence Higgins Trust.