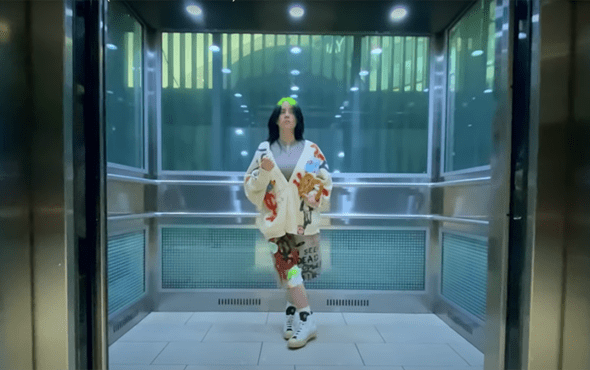 Queen Billie has done it again!

Billie Eilish has dropped another banger for us with her brand new single Therefore I am’.

With its eerie sound, hypnotizing vocals, and unapologetic lyrics, the new record is bop from start to finish.

Therefore I am is the third single from Ellish this year, following up her heartfelt single my future and James Bond theme song, No Time To Die.

The songstress also blessed us with an accompanying visual, which is set in her old stomping grounds the Glendale Galleria!

In the video, we see Eilish running around the empty halls of the shopping mall, stealing a couple of delicious treats, and having a ball. The video perfectly encompasses the carefree nature of the track.

The past few months have seen Eilish at her busiest with the singer-songwriter performing my future for the Democratic National Committee, hosting her groundbreaking global live stream WHERE DO WE GO? THE LIVESTREAM and unveiling her upcoming Apple TV+ documentary Billie Eilish: The World’s A Little Blurry.

To make this release even better it has also been announced that the bad guy singer will be performing the new track during this year’s American Music Awards.

Make sure to check out the video for Therefore I Am below and list to the new record here!