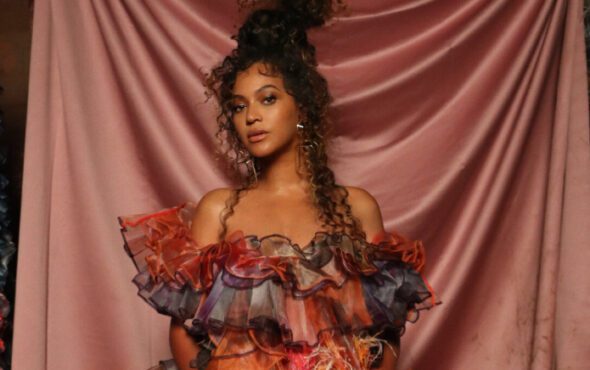 Since her debut with Destiny’s Child in the 90s, Mrs Carter has captivated music listeners worldwide.

From her iconic music videos to her groundbreaking album catalogue, the multi-hyphenate artist has thoroughly made her mark as a legend in the music industry.

Over the last six years, the Crazy In Love singer has focused on other ventures, such as her successful clothing brand IVY PARK and collaborative albums, including Everything Is Love and Black Is King.

However on 9 June, the music juggernaut stopped the world when she removed her profile pictures across her social media platforms.

At the time, one Twitter user wrote: “If Beyoncé drops an album tonight at midnight, I’m unavailable for the rest of the month.”

While the move certainly turned heads, Queen B remained mum on the topic until a few days later.

On 14 June, Beyoncé surprised fans when she revealed that her seventh studio album would be titled Renaissance – which is set to be released on 29 July.

Per the description, the box is set to include the Renaissance CD, a 28-page photo booklet, a collectable mini-poster, and a Renaissance shirt – which will feature a different pose across the four available boxes.

Even though details surrounding the 16-track album are under wraps, Beyoncé gave fans some information regarding the album in her 2021 interview with Harper’s Bazar.

“With all the isolation and injustice over the past year, I think we are all ready to escape, travel, love, and laugh again. I feel a renaissance emerging, and I want to be part of nurturing that escape in any way possible,” she told the publication.

“I’ve been in the studio for a year and a half. Sometimes it takes a year for me to personally search through thousands of sounds to find just the right kick or snare.

“One chorus can have up to 200 stacked harmonies. Still, there’s nothing like the amount of love, passion, and healing that I feel in the recording studio.”

Here’s how fans reacted to the Beyoncé’s forthcoming Renaissance era.

me reviewing my history renaissance lessons from two years ago so i can understand beyoncé’s references in her new album pic.twitter.com/mB2cAkoFpI

I know y’all some of y’all sleep but BEYONCÉ IS COMING pic.twitter.com/wTxpv7SL1B

I’m telling you now, Beyoncé is about shift the entire culture of music once again! I promise you it is going to be a rebirth of music! No more TikTok beats or any of that quick release music! Whew.

BEYONCÉ IS COMING JULY 29TH THIS IS NOT A DRILL pic.twitter.com/weo5SdYQdI

After this era, we can definitely kiss Beyoncé goodbye. She about to let us have it, and then go sit in Oprah’s backyard and pick vegetables with the kids.

Beyoncé doing this extravagant ass album roll out, the anticipation, the wait, everything in music haa been restored

I love that Beyoncé remade the music industry with the unannounced digital drop and now she’s remaking it again by showing the girls what it means to do promo and have a legitimate roll out. An icon. A legend. She is the moment.

I just made the connection that Beyonce’s cover is a homage to Bianca Jagger arriving on a horse at Studio 54 in 1977. We really are getting a disco/dance album. pic.twitter.com/GADQJPuFvQ

it’s time. I’m back on my bullshit. It’s about to get real nasty for the next year on this account. It’s Beyoncé over morals over here. pic.twitter.com/BW8yaxCQLB