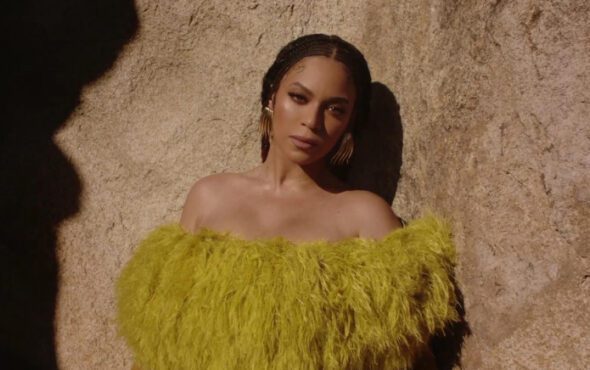 Ring the Alarm, because B7 is coming!

In her recent cover interview with Harper’s Bazaar, Beyoncé confirmed that her upcoming seventh studio album has been in the works for the past “year and a half”.

When asked if new music is on the way, the Grammy winner responded: “With all the isolation and injustice over the past year, I think we are all ready to escape, travel, love, and laugh again. I feel a renaissance emerging, and I want to be part of nurturing that escape in any way possible.

“I’ve been in the studio for a year and a half. Sometimes it takes a year for me to personally search through thousands of sounds to find just the right kick or snare.

“One chorus can have up to 200 stacked harmonies. Still, there’s nothing like the amount of love, passion, and healing that I feel in the recording studio.”

Beyoncé also revealed that, after 31 years of being a recording artist, it “feels just as exciting” being in the studio as it did when she was just nine-years-old, before signing off the new music chat with: “Yes, the music is coming!”

Looking at the decade ahead, the star told Harper’s Bazaar that she wants her 40s to be “fun and full of freedom” as she aims to explore “aspects of myself I haven’t had time to discover and to enjoy my husband and my children.”

“I want to travel without working. I want this next decade to be about celebration, joy, and giving and receiving love. I want to give all the love I have to the people who love me back,” Beyoncé continued to explain.

“I’ve done so much in 40 years that I just want to enjoy my life. It’s hard going against the grain, but being a small part of some of the overdue shifts happening in the world feels very rewarding. I want to continue to work to dismantle systemic imbalances. I want to continue to turn these industries upside down. I plan to create businesses outside of music. I have learned that I have to keep on dreaming.

“One of my favorite quotes is from the inventor Charles Kettering. It goes “Our imagination is the only limit to what we can hope to have in the future.””

Beyoncé concluded the interview by expressing her desire to “break the rules that need to be broken” in the entertainment industry.

“I want to show that you can have fun and have purpose, be respectful and speak your mind. You can be both elegant and a provocateur. You can be curvy and still be a fashion icon. I wish this freedom for every person,” she said.

“I have paid my dues and followed every rule for decades, so now I can break the rules that need to be broken. My wish for the future is to continue to do everything everyone thinks I can’t do.”

You can read Beyoncé’s full interview with Harper’s Bazaar here.

It’s been five years since the release of Beyoncé’s sixth studio album, Lemonade, which received universal critical acclaim and has since been hailed by many publications as one of the greatest albums of all time.

The album, which explored themes of infidelity, race and feminism, was supported by singles such as Formation, Sorry and Hold Up.

In the years since, Beyoncé has released a collaborative album with Jay-Z as The Carters, called Everything Is Love (2018), and released a musical film and visual album, Black Is King (2020).