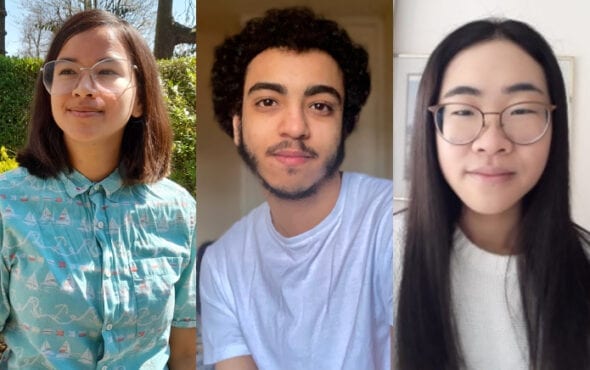 In celebration of UK Black Pride, two young lesbians and a young trans man have created a video on what it means to be an LGBTQ+ person of colour.

Amy, Isaac S and Pippa Sterk, who are all ambassadors for LGBTQ+ youth charity Just Like Us, discuss their identities and what the theme for this year’s UK Black Pride Event, ‘Love and Rage’, personally means to them.

“I felt like everyone had learned how to be a girl and it just did not come natural to me at all.

“But I still see a lot of LGBT+ communities that idealise white bodies and often LGBT+ people of colour aren’t even recognised as LGBT+.

“I’ve walked into a lot of rooms where people assume that I’m in the wrong place or I’ve got the wrong door because they just can’t imagine that there are LGBT+ people who look like me.”

However, Pippa admits that coming out to her family and loved ones was much easier and “didn’t feel like it was a big deal”.

She adds: “I think a lot of the time when LGBT+ people of colour speak about being LGBT+ publicly, there is such an audience for hardship and really difficult family relationships but for a lot of people, there actually can be a lot of love in our families as well and it’s really important to share those stories too.”

Amy credits Netflix’s comedy-drama The Half Of It, which focuses on a closeted Chinese-American lesbian student, with highlighting “that being a lesbian was not because of Western influence,” which she believed throughout her childhood.

“The portrayal of the intersection of race and sexuality indicated that the connection with my culture did not have to be weakened by my sexuality,” she explains.

“For many years I felt shame for who I was, for liking girls. I barely saw any positive LGBT+ representation in the media – let alone a gay Chinese woman I could relate to. It helped me to realise that I wasn’t alone.”

Isaac, a trans man, states: “Coming to terms with yourself is one thing but managing the weight of how everyone else sees you and treats you is a whole other thing.

“Growing up in a Muslim community while not being religious myself and navigating my sexuality and then later on my gender identity as a trans man, I often felt so alone. Out of place and so misunderstood.”

Isaac now uses his status as a Just Like Us ambassador to speak in schools and help prevent anti-LGBTQ+ bullying.

You can watch the video here or below.

If you are LGBT+, age 18-25 and live in the UK, you can volunteer with Just Like Us and help prevent anti-LGBT+ bullying in schools. The charity provides training for volunteers to speak in schools about what it’s like to be LGBT+ – sign up now.