US marine convicted of killing trans woman gets presidential pardon 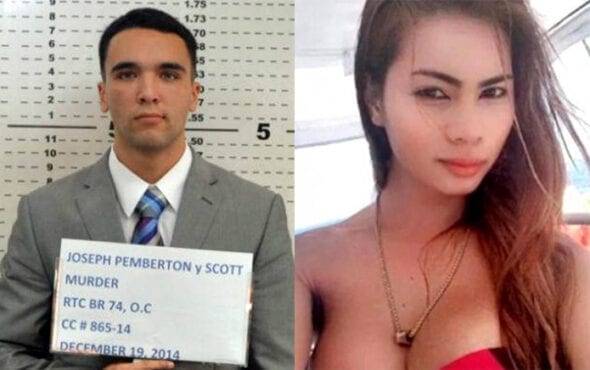 Philippines president Rodrigo Duterte has pardoned Joseph Scott Pemberton, a US marine who was convicted of murdering a trans woman in 2014.

In a tweet, Foreign Secretary Teodoro Locsin Jr. said Duterte “granted an absolute pardon” to Pemberton “to do justice”, but failed to elaborate.

Karapatan, a left-wing human rights organisation, condemned the decision, calling it a “despicable and shameless mockery of justice and servility to U.S. imperialist interests.”

One court was in the midst of considering an appeal for Pemberton’s early release, so news of the pardon was unexpected.

In 2014, Pemberton was sentenced to 6-10 years in prison after murdering a woman called Jennifer Laude.

He strangled her to death in a hotel in Olongapo, north-west of Manila, after discovering she was transgender – which he later claimed was in “self-defence”.

Pemberton’s lawyer, Rowena Garcia-Flores, told the Associated Press that he was already aware of Duterte’s decision to pardon him, and that he’s “very happy”.

Harry Roque, a presidential spokesman who once served as a lawyer for the Laude family, said the pardon means Pemberton will be immediately released from prison.

“The president has erased the punishment that should be imposed on Pemberton,” he said in a statement. “What the president did not erase was the conviction of Pemberton. He’s still a killer.”

Laude’s family, as well as LGBTQ+ campaigners in the Philippines, previously opposed an early release for Pemberton, arguing that there’s no substantial evidence of his reformed character.

Renato Reyes, of the Bagong Alyansang Makabayan, said: “What is the basis of granting absolute pardon to… Pemberton? Why pre-empt the court process? Why is the president in a rush to pardon the killer of Filipino transwoman Jennifer Laude?

“The absolute pardon, and the context and timing of the same, is a betrayal of national interest and a great injustice for the Laude family.”

Virgie Suarez, lawyer for the Laude family, called the pardon “revolting” and echoed the comments from Karapatan, saying it’s a “mockery of our judiciary and legal system.”

“There are too many Filipino convicts, already in their twilight years serving their sentence,” said Suarez. “Why give it [the pardon] to a foreigner, a U.S. soldier who committed an atrocious crime?

“There is so much disrespect in the manner in which Jennifer was killed, reflective of the disrespect the U.S. has for the Philippines’ democracy and sovereignty.”

Related: How to be a trans ally: tips to help you be the best advocate you can be.