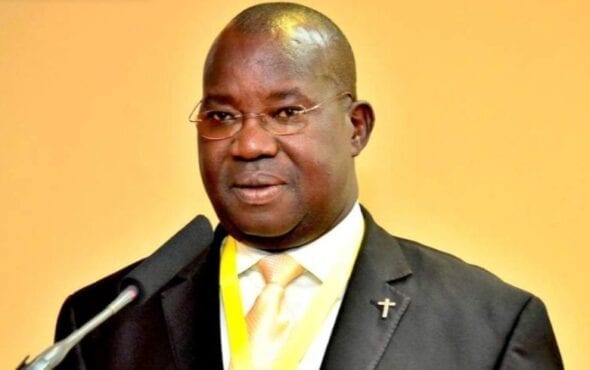 Simon Lokodo was defeated in an election primary.

Simon Lokodo, the Ugandan Minister for Ethics who pushed to try and reintroduce the ‘Kill the Gays’ bill has lost his seat in primary elections.

Lokodo was challenged for his Dodoth West County seat, which he has held since 2006, by Baatom Ben Koryang, who is also a member of the National Resistance Movement (NRM).

Local media reports that Koryang emerged victorious in the primary with 2,962 votes, ahead of Lokodo’s 2,632.

The NRM held primary elections in the past week to select candidates for the upcoming 2021 general election. The party currently holds 293 seats out of 426 in Uganda’s parliament.

During his career, Lokodo has held the position of Minister for Industry and Technology and Minister for Ethics, and it’s the latter role for which the Ugandan politician became infamous.

Lokodo was known for his strong opposition to LGBTQ+ equality, using his influence to force the cancellation of the opening event at a Uganda Pride. He also shut down an event that was marking International Day Against Homophobia, Biphobia, Intersexism and Transphobia (IDAHOBIT) last year.

At the time, Richard Lusimbo, a research and documentation officer at Sexual Minorities Uganda said: “The minister of ethics’ actions are gross. His portfolio is clear – to look into ethics and integrity – and what he is doing is the complete opposite.

“He should be focusing on ensuring people have access to quality services and information, tackling corruption, and ensuring all people’s right to associate and assemble. Instead, he is breaking the law with impunity.”

However, Lokodo is most known for pushing for Uganda to bring back its horrific ‘Kill the Gays’ bill, which would’ve punished people convicted of homosexuality with death. When it was first brought to parliament, it only failed on a technicality after not enough people voted in favour of it.

Explaining why he wanted the bill back, Lokodo said: “Homosexuality is not natural to Ugandans, but there has been a massive recruitment by gay people in schools, and especially among the youth, where they are promoting the falsehood that people are born like that.

“Our current penal law is limited. It only criminalises the act. We want it made clear that anyone who is even involved in promotion and recruitment has to be criminalised. Those that do grave acts will be given the death sentence.” Lokodo added that the government had been lobbying MPs in order to make sure that they voted in favour.

A government spokesperson, Ofwono Opondo, later had to take to Twitter to deny a reports that the bill was coming back.

He wrote: “STOP PRESS LGBT Bill: Government hereby clarifies that it does not intend to introduce any new law with regards to the regulation of #LGBT activities in Uganda because the current provisions in the #PenalCode are sufficient.”

It is not known what Karyang’s views are on LGBTQ+ rights, but we doubt he’ll be a champion for equality, given that public opinion in Uganda is against the LGBTQ+ community.

However, recent polls are showing changes in public attitude, with a 2017 study finding that nearly half (49%) of Ugandans believed that gay, lesbian and bisexual people should have the same rights as straight people, and most believed they should be free from workplace discrimination and not be treated as criminals.