Trans father shares story of giving birth after his transition 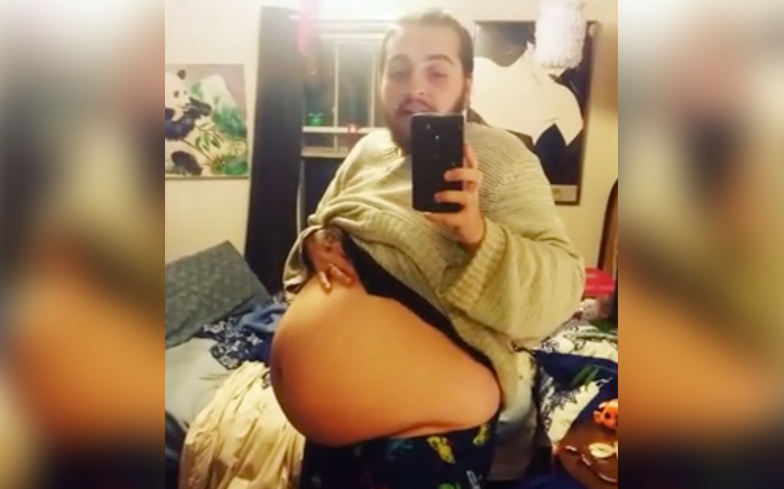 Kaci Sullivan has spoken about his decision to have a second baby after beginning his transition from female to male.

The 30-year-old already had one child five years ago with his ex-husband before he came out as trans, but earlier this year he conceived his second child with his current boyfriend after taking a break from male hormones for health reasons.

Kaci went into labour over seven days at the start of last month, and finally welcomed baby Phoenix on 11 November after undergoing a C-section.

He has now spoken about the experience of his second pregnancy in the hopes of breaking down the stigma that surrounds trans parenthood.

“The moment the baby came out and I got to hear them cry was indescribable. It’s incredible to think that I had made this little human,” Kaci told DailyMailTV.

“After 26 weeks of morning sickness and seven days in labor it was such a beautiful moment.

“We are just so happy and grateful and enjoying spending time together as a family. The baby is delightful, loving and sweet.

“The connection I’ve felt to them throughout my pregnancy has been an incredible privilege and the last nine months have brought my partner and I so close together.”

He continued: “Some people have been perturbed by the idea of me giving birth, but I don’t engage or respond to them. If I see those comments I just get rid of them.

“They will try and find our safe space and violate it with their opinions, but they are jerks. I don’t waste my time or energy by giving them anything in return.

“It didn’t make me feel any less masculine.” Kaci – who lives in Wisconsin – became pregnant for the first time in July 2011 and “prayed to connect with womanhood” during the experience, but couldn’t.

“I felt so hopeless and lost. I wanted to die,” he explained. “I fell into such a dark place and I was terrified to bring a baby into that darkness with me.

“But the moment they put him in my arms it was bliss. Immediately I loved him like I had never loved anything or anyone and I felt such a surge of duty to him.

“I couldn’t be this depressed and be a good parent to him. If I didn’t come out and transition, I knew I would eventually succumb to dysphoria, depression and suicide.

“So, when the baby was three months old, I told my husband I was transgender.

“I felt like a ton of bricks had been lifted off my chest when I admitted it to myself.”

Kaci started transitioning in 2013, before meeting his current partner the following year.

After a false pregnancy scare, Kaci and Steven decided to try for a baby together, and conceived naturally.

Kaci documented his pregnancy on his YouTube channel My Trans Pregnancy, so it could be a resource for other transgender parents.

“As my bump grew bigger and bigger I got nervous going out in public because people would stare. They noticed my abnormal shape,” Kaci said.

“There was a lot of anxiety but the most important thing for me was sending the message that pregnancy is not a gendered thing.”

Kaci and Steven will raise their baby as gender neutral, and will let them express themselves in whatever way they choose to do so.

“Our sex and gender identity have nothing to do with socially constructed gender roles. These are three entirely separate concepts,” Kaci said.

“The architecture of your brain does not change depending on what colour you are dressed in as a baby.”