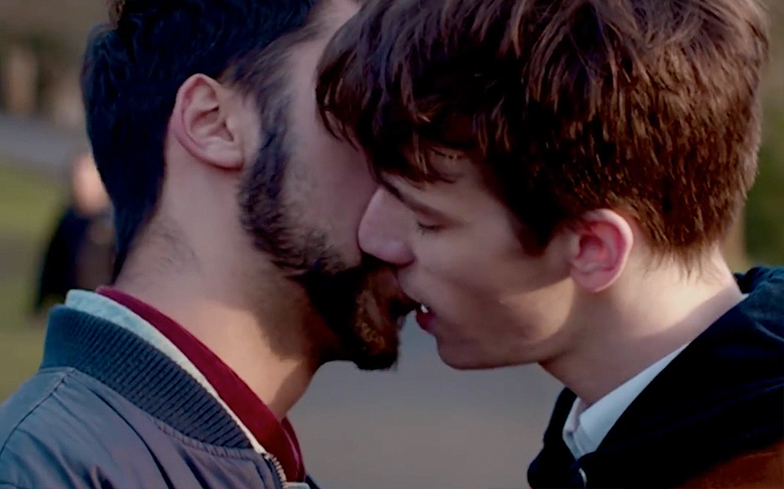 You’ll be hard pressed to find an LGBTQ person who hasn’t dealt with the anxiety that comes with showing affection towards their partner in public.

On a daily basis, we are plagued by the fear that simply holding hands with a loved one, or kissing them goodbye could run the risk of making us a target of an anti-LGBTQ attack – whether that’s verbal or physical.

BBC’s The Social have created a new short film – complete with poem – outlining the process most LGBTQ people go through when assessing if it’s safe to show affection towards their partner in public.

It cleverly shines a spotlight on society’s incorrect idea of what ‘normal’ is supposed to be, while going through some very common reactions to a same-sex couple being together in the park.

From the classic “not in front of my children”, the subtle disapproving glances from people passing by, it perfectly encapsulates the fear some feel showing affection in such a public space.

Titled ‘This is how homophobia feels in 2018,’ the short clip concludes with the powerful key message that it is #TimeForLove.

“This so beautiful and meaningful and heartbreaking,” one commenter wrote underneath the video clip, while another added: “We are endlessly exposed to images of war, death, violence and suffering. If anything we need to see more love in all its connotations.”

A further commenter said: “I’m so accepting of any sexuality that I forget people still make an issue of it. Can’t believe this still happens!”

Research showed that there had been a worrying 78% increase in hate crime against lesbian, gay and bisexual people over the past four years, jumping from 9% in 2013 to 16% in 2017.

In a new YouGov polling of over 5,000 LGBTQ people, 21% revealed that they have experienced a hate crime due to their sexual orientation and/or gender identity.

What’s even more concerning is that a huge 81% of LGBTQ people admitted that after being a victim of hate crime they didn’t report the incident to the police.

Stonewall urged people to take a visible stand against LGBTQ hate crime with their Come Out for LGBT campaign, as well as call out anti-LGBTQ online abuse if it is safe to do so.

The charity also wants LGBTQ people to report incidents of homophobia, biphobia or transphobia when accessing public services like housing or social services.

Victims or their friends and family should contact Stonewall’s Information Service on 08000 50 20 20 for advice and support.