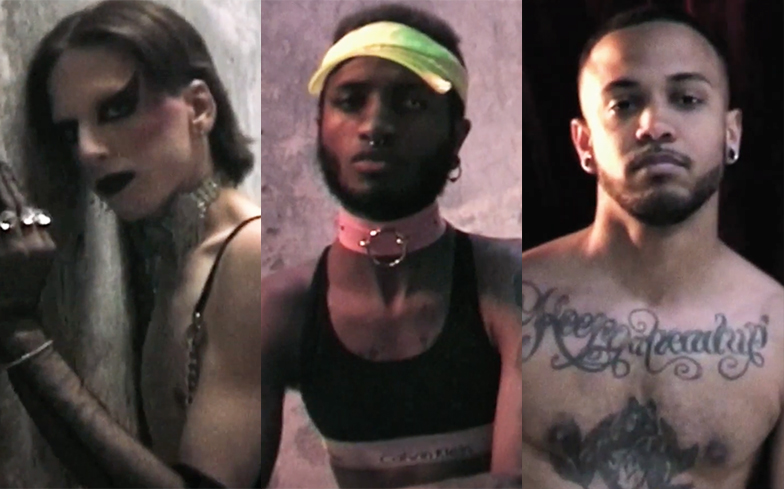 “Just imagine for a second how it is to be in our skin.”

Street Harassment, a powerful short film from Barcelona-based writer Joss Jaycoff, highlights the everyday bigotry and abuse that trans and non-binary individuals face at the hands of transphobic and homophobic people, simply for being themselves.

As well as featuring a powerful speech from Joss (“every single time we leave the house our hearts start racing,” they say) the Leo Adef-directed film stars a cast of people from different cultural backgrounds, with a focus on trans and queer experiences.

“I had been verbally and physically assaulted right after leaving a talk I did about gender identity and street harassment. Everything about it was ironic. I faced what I spoke about in the event, just a few hours later that same day,” Joss explains.

“In the following days, the news in Spain reported that a gay guy had been brutally assaulted on the tube of Barcelona, and in another city a trans woman had been murdered, or as the news reported it, ‘a man with a wig and a dress was found dead’.

“These unfortunate events definitely sparked that burning fire in my head, I couldn’t stay silent. I had to do something about it. Then the short film Street Harassment happened.”

The short film is accompanied by a petition (which you can find here) calling for legal recognition of non-binary identities, which Joss reminds us is a “basic human right” and will help validate the identities of trans people and those who exist outside of the binary of male or female.

“We ask for the same rights, plus a few law reforms to make the life of non-binary and trans people easier. That’s why it is so important that people from all paths, identities or sexualities sign the petitions,” Joss tells us.

“Allyship is needed since the debate around the validity of gender non-conformity is being decided by cisgender people. Those who don’t experience this discrimination, those whose reality is far from ours, those in power who don’t face transphobia are the ones in charge of our rights. That’s why we urge everyone to sign them, especially cisgender people.”

To coincide with Pride Month, the film’s creators are calling on members of the LGBTQ+ community to use the privilege they may have to help others who need solidarity, like trans and non-binary individuals, and also support the Black Lives Matter movement.

“We call for empathy. It is about time that we look to the one next to us and do whatever we can with our privilege to make their reality better, specially if it’s different than our own reality,” continues Joss.

“Trans people of colour are the most affected, and we all have to step it up, we all have different privileges that we can use for the greater good. That’s what true equality is about. Like Monica Helms, the creator of the Trans Pride flag, said, there’s power in unity, and I stand by that.

“To my fellow white people. Have a look around you, and understand the anger that comes with discrimination. Know your privilege, and use it to contribute to the rights of your Black, Brown and Latino friends. Do it for them. Show up for them. Do NOT stay silent.”

You can watch Street Harassment here and sign the petition here.