This Christmas, help LGBTQ asylum seekers who are among the most vulnerable in our community 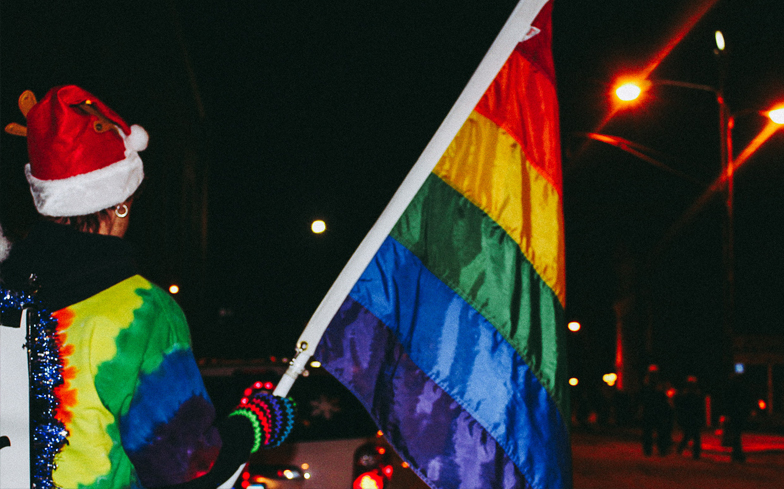 It is fair to say that the festive season is now well and truly upon us and many people will be returning to see families over Christmas, or making plans to celebrate the New Year with friends.

I have been impacted by the lack of public transport on Christmas Day. I have checked taxi prices and I cannot afford the journey to the church I attend in Soho, half way across central London, there and back. The price that I was quoted for the one way trip to my church by a taxi company struck a particular chord with me. They estimated that, inclusive of VAT, this would be about £40.

One of the most marginalised groups within the LGBTQ community in the UK is LGBTQ asylum claimants. People receive a living allowance of less than £40 a week when going through the asylum process, meaning that many of them cannot afford phone calls or internet access. I spoke to one asylum claimant living in London, who said that taking the bus is a treat and he certainly cannot afford the Underground. Most of the time he walks, making journeys of miles on foot to save a few pounds.

Over the last two months, there have been shocking developments around LGBTQ asylum in the UK. In July I wrote about the unfair criteria used by the Home Office for LGBTQ asylum claims, requiring an unduly high standard of proof.

In late November the Home Office released experimental statistics showing that they are recognising fewer lesbian, gay and bisexual refugees. The proportion of LGB-related asylum claims granted protection by the Home Office fell between 2015 and 2017, from 39 per cent in 2015 to 22 per cent in 2017. Whilst the success rate for all asylum claims stands at 36 per cent, for LGB-related claims this is only 29 per cent. The trend continues at appeal, with the rate also lower for LGB-related claims (34 per cent) compared to all claims (37 per cent). I have an LGBTQ Christian friend, who attends many of the same events as me and who I have worshipped with, yet the Home Office is pressurising him for more proof surrounding his application. Home Office policy is that refugees do not have to provide evidence of engaging with LGBTQ organisations to verify their story, but in practice this is not what happens. The UK Lesbian and Gay Immigration Group (UKLGIG) are calling for the Home Secretary to implement an independent public audit into asylum decision-making. Whilst the Government’s July LGBT Action Plan effectively addressed many concerns, a glaring absence was a commitment to ending the detention of LGBTQ people.

Earlier in November a report was also released by the Independent Chief Inspector of Borders and Immigration, David Bolt, which found that the Home Office is not taking account of the needs of LGBTQ people when they allocate asylum accommodation. LGBTQ people who are seeking asylum are not given a choice about where they live or who they live with. Many LGBTQ asylum claimants are victimised by their housemates as a consequence of their sexuality or gender identity. As David Bolt pointed out, LGBTQ claimants “may not feel able to complain.”

Leila Zadeh, UKLGIG’s Executive Director, notes that UKLGIG “have also heard of cases where housing providers have told LGBTQI+ tenants not to report hate incidents to the police.”

LGBTQ claimants should be offered the choice of single accommodation and only placed in areas where there are LGBTQ services.

My friend often has to walk miles to access support groups and inclusive faith communities in London, but this becomes increasingly problematic, even for an individual placed in Manchester’s commuter belt. Whilst Manchester is renowned for its thriving LGBTQ community and has LGBTQ inclusive churches, these remain inaccessible for a large number of asylum claimants, because they simply cannot afford the travel costs. Sadly, many are left isolated or even forced back into the closet, which is psychologically damaging and potentially disastrous for their asylum claims.

This Christmas, I call on the Home Office to review its practice on LGBTQ asylum, which is flawed in so many ways. For the LGBTQ community, I ask that you consider some of the most vulnerable people in our midst, particularly asylum claimants. One way to do this would be to make a donation, however small, to UKLGIG. Rather than spending £40 on an overpriced taxi, I will be donating the money to UKLGIG.

To find out more about UKLGIG’s work or to make a donation, check out their website here.