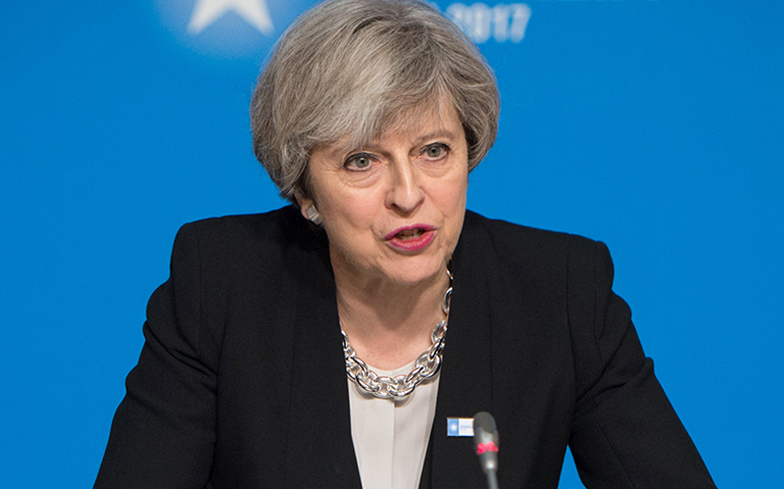 “As the UK’s Prime Minister, I deeply regret both the fact that such laws were introduced, and the legacy of discrimination, violence and even death that persists today.”

This comes just a week after campaigners drafted a petition calling for the UK Prime Minister to apologise for the anti-gay legislation.

Peter Tatchell, Human Rights and LGBTQ campaigner, responded to May’s speech: “We thank Theresa May for heeding our appeal and expressing deep regret for Britain’s imposition of homophobic laws during the colonial era. It is a positive and welcome move.”

However, Tatchell wasn’t impressed with the platform May used to apologise for Britain’s mistakes.

“It should have been made in front of the Commonwealth leaders who oversee the enforcement of these repressive laws, not at a NGO side event. This statement of regret cannot be easily dismissed and disparaged by Commonwealth heads of government.”

“It acknowledges the wrongful imposition of anti-LGBT legislation by the UK, shows humility and helpfully highlights that current homophobic laws in the Commonwealth are mostly not indigenous national laws. They were exported by Britain and imposed on colonial peoples in the nineteenth century.

“The Prime Minister’s regret for Britain’s imposition of anti-gay laws valuably re frames the LGBT issue in a way that it is likely to provoke less hostility in Commonwealth countries.”

Also responding to Theresa May’s speech, UK Black Pride stated: “As a co-signatory to the All Out petition demanding ‘Theresa May Say Sorry’ UK Black Pride are celebrating the news the UK Prime Minister has expressed regret for the exporting of homophobia by the UK through these colonial laws, still existing in 36 Commonwealth nations, criminalising love between those of the same-sex.