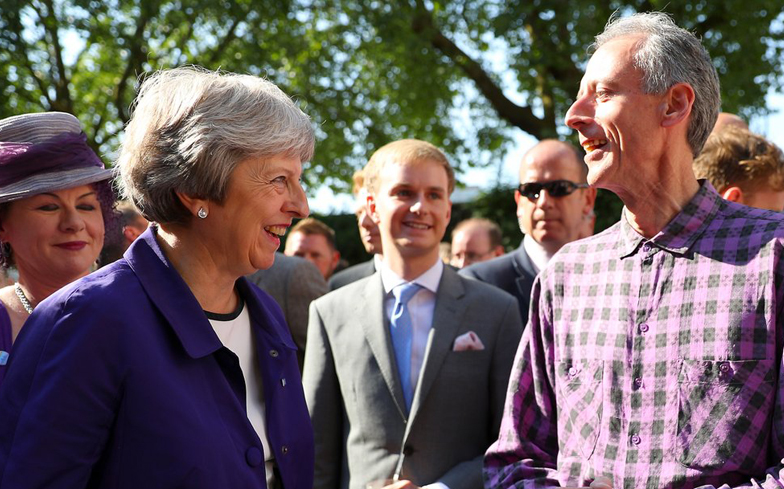 Ahead of Pride in London this weekend, Theresa May has said that she has “developed [her] views” when it comes to LGBTQ rights, and now wants to be an ally to the community.

The British Prime Minister has a history of supporting anti-LGBTQ laws earlier on in her political career, including voting against a repeal of Section 28 back in 2002.

Section 28 was a devastating piece of legislation that amounted to no more than 40 words, but its impact was greatly felt throughout the late 80s and the whole of the 90s.

It stated that a local authority “shall not intentionally promote homosexuality or publish material with the intention of promoting homosexuality” or “promote the teaching in any maintained school of the acceptability of homosexuality as a pretended family relationship”.

Speaking at the Downing Street LGBT Reception, Theresa May told ITV News: “There’s some things I’ve voted for in the past that I shouldn’t have done and I’ve said sorry. “Section 28 obviously would have been one of those things.

“I hope people can see that the UK has actually changed and the Government should be proud of the actions it’s taken. There’s more to do.

“I hope people will see the fact I recognise that I shouldn’t have taken that view of Section 28. I have developed my views.”

She added: “I want to be seen as an ally of the LGBT community here in the UK.”

It comes as the Government have announced an LGBT Action Plan, which will implement vital support for LGBTQ citizens across the country. The pledge – which was first announced by the Prime Minister in the June issue of Gay Times – comes as part of a new 75-point plan, which has been produced in response to a national survey of 108,000 members of the LGBTQ community, the largest of its kind.

According to the survey results, which were published by the Equalities Office on Tuesday 3 July, 2% of the LGBTQ community have undergone gay conversion ‘therapy’, while a further 5% have been offered it.

The practice, which has been discredited by the NHS and the World Psychiatric Association, refers to any attempt at changing a person’s sexual orientation or gender identity, and often involves techniques like electroshock therapy or prayer.

£4.5m of funding will be allocated to the new LGBTQ plan, which will also push for inclusive Relationships and Sex Education in schools to ensure pupils feel supported “whatever their developing sexual orientation or gender identity”.

Other action points include ensuring LGBTQ people’s needs are met by the NHS, taking further action to tackle hate crime against the community, and increasing awareness of issues faced by trans, non-binary and intersex people.