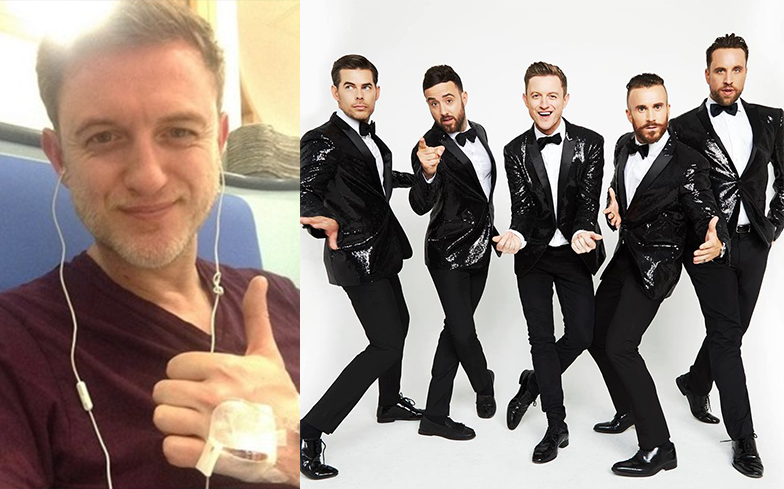 The Overtones have paid tribute to Timmy Matley, who has died at the age of 36.

Timmy, who joined the five-piece vocal harmony group back in 2010, passed away following a two year battle with skin cancer, although a cause of death has not yet been confirmed.

The singer’s bandmates Mike Crawshaw, Darren Everest, Mark Franks and Lachie Chapman announced the news via a statement on Twitter, telling fans that they are “heartbroken” over Timmy’s death.

“It is with the greatest sadness that we have to announce that our dear friend and brother Timmy has passed away,” they wrote in a statement on Twitter.

“We know this news will be as heartbreaking for you all as it is for us. We appreciate your love and support at this difficult time.”

It is with the greatest sadness that we have to announce that our dear friend and brother Timmy has passed away. We know this news will be as heartbreaking for you all as it is for us. We appreciate your love and support at this difficult time. Mike, Darren, Mark & Lachie x

The band’s press team added: “Singer Timmy Matley died suddenly in London on the 9 April 2018. No further details are currently available. Family and friends are devastated at the news and have requested privacy at this very difficult time.”

I’m so terribly sorry to hear this and sending lots of love to you all and particularly Timmy’s family and his many friends ????

So sad to hear the news of @the_overtones singer Timmy Matley passing away this week! Thoughts are with all his family and friends, especially his wonderful band mates xx ???? pic.twitter.com/5EKiDpBPUr

Timmy had planned to do a charity skydive on 3 May to raise money for the Royal Marsden, the hospital where he received his cancer treatment.

On his JustGiving page, which had raised over £5000, he wrote: “My latest scans look really positive, with most of the cancer in regression, and I’ve got my fingers crossed that when I have my next full scan at Christmas, I will be diagnosed NED (no evidence of disease).”

The Overtones were discovered by Warner Bros while singing on their tea break while working as decorators on Oxford Street in London, and went on to sell more than 500,000 copies of their debut album Good Ol’ Fashioned Love.

Timmy was one of three openly gay members of the group, alongside Lacie and Mark.