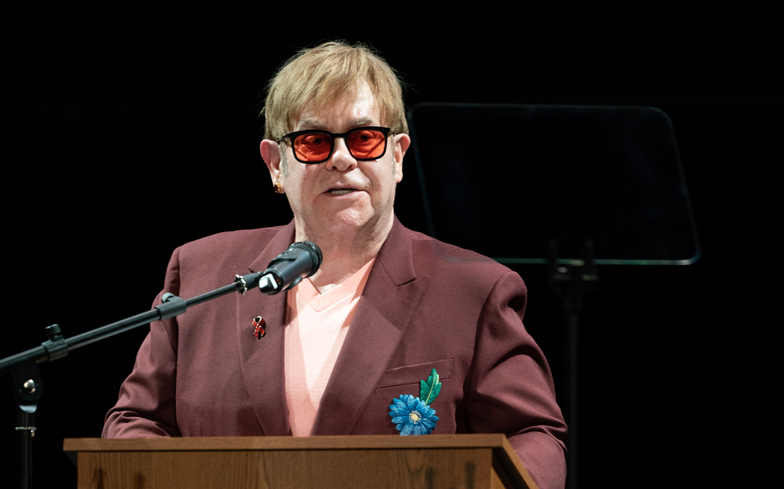 While people who are diagnosed as HIV-positive can live long and healthy lives thanks to incredible advances in treatment over the past decade, they still regularly face discrimination based purely on the stigma that still surrounds the virus.

People who have acquired the virus can now take antiretroviral medication, which means it becomes an undetectable viral load and they cannot pass it on to another person.

However, the stigma around HIV from the height of the epidemic is still prevalent in attitudes from too large a portion of society.

In memory of Princess Diana’s ability to form a personal connection with people – especially during the late 80s and early 90s when HIV research was still in its infancy – Sir Elton John has called for renewed global action on HIV. The iconic British star made the statement during his Diana, Princess of Wales Lecture on HIV for the National AIDS Trust at the Institut Français in London.

Elton proposed that stigma can be broken down through social media, where “at a stroke we can reach 2 billion people in a single moment on Facebook”.

Recalling Princess Diana’s first handshake with a patient who was dying of AIDS, which immediately changed attitudes across the globe, Sir Elton wants another breakthrough moment for the digital age.

“Imagine all that power to connect turned into billions of handshakes, all over the world,” he said.

“The pressure now needs to be applied to the tech giants – not because I think they are bad, but because they have the capacity to do so much good.”

Elton added: “The geniuses who created this industry must not hide behind its anonymity. They must use their power to help shape a new digital world. “How incredible if they could start with something as pernicious, as lethal, as the stigma of AIDS.”

David Furnish, Chairman of the Elton John AIDS Foundation said: “There is still so much misunderstanding about HIV and AIDS that propels stigma and hatred.

“Beyond the health community, there’s also still so little understanding of how far we have come and how promising an AIDS free future really is.

“It was inspiring to hear Elton call for a greater sense of kindness and human connection in the fight against AIDS. I hope his words can help catalyse new initiatives, especially in the digital sphere.”

The Lecture was launched by the National AIDS Trust in 1999 as a living tribute to Princess Diana, who was a patron until her death in 1997.

For the past 30 years, the National AIDS Trust have worked tirelessly fighting for health and equality in HIV.

The Elton John AIDS Foundation, meanwhile, have raised more than £298 million for the fight against HIV since they were first founded in 1992.