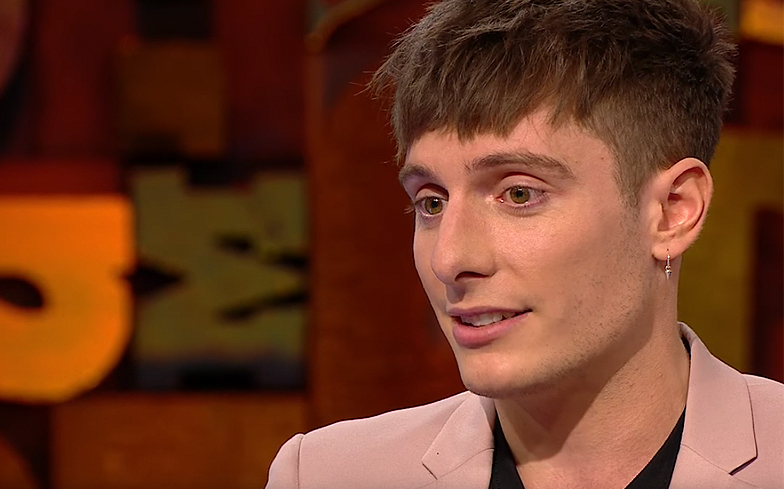 In a new television interview, Riyadh Khalaf has opened up about his turbulent coming out experience.

The 27-year-old YouTube star and BBC presenter revealed that when he first came out to his mother, they agreed to keep a secret from his father for the time being.

“He was brought up Muslim and in Islamic culture and in that world, as many of us know, it’s not okay to be gay most of the time,” Riyadh explained on RTÉ One’s Cutting Edge.

The secret between Riyadh and his mother lasted nine months, before the star decided to tell his father.

“He completely broke down and he was on the floor, on his knees, saying, ‘why, why, why, why you? Why you? Why this way? Why does it have to be gay?’ and I’m looking at him and I’m kind of going, ‘You? It’s me who has to live with this and me who has to go through a world that doesn’t really accept me for who I am,'” said Riyadh.

The YouTuber then revealed that he learned shortly after that his father “attempted suicide because of the way I was.”

However, the failed attempt caused Riyadh’s father to change his attitudes.

“In the year after he tried that I can’t tell you the turnaround he has had,” the star said. “He is the most loving, most embracing,  pro-gay, Pride-marching, drag queen-befriending dad I could ever ask for.”

Riyadh added: “My dad is my idol, my mentor, my world and without him I would be half the man I am today. He changed not by accident, he changed because he wanted to. He put love above shame and he put me above everyone else’s opinions.”

Riyadh and his family first opened up about his father’s suicide attempt during a powerful YouTube video back in May 2016.

Since coming to internet fame back in 2015, Riyadh has dedicated his career to exploring LGBTQ issue.

That included last year’s BBC series Queer Britain, which dove into a number of problem that still face the community in today’s society.

Related: Riyadh outlines the 10 things you shouldn’t ask a gay or bisexual person