Queer Paralympic champion speaks out on LGBTQ+ issues in Singapore 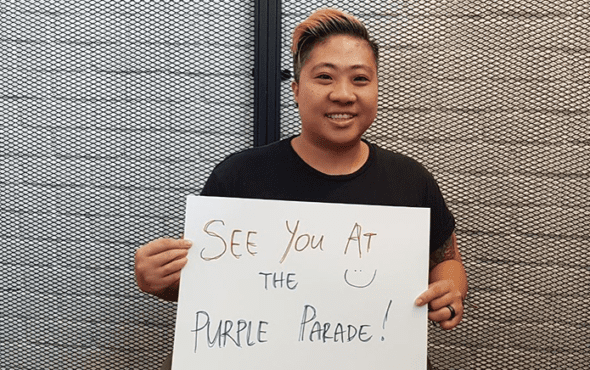 Singapore’s leading Paralympic medallist is advocating for visibility in the queer community.

From winning bronze at the 2016 Summer Paralympics to setting word records, Theresa Goh has had an illustrious career. Speaking to Lifestyle Asia, the athlete described how she would like attitudes to change towards disability and LGBTQ+ representation across sport.

The Paralympics are a cultural staple in the world of support. For many, they’re a beacon of hope and an example of what the best athletes with disabilities can achieve. For Goh, she hopes both the sports industry and Singapore can push to listen to the communities around them.

“I think when wanting to do right by a group of people, we could do better at listening to what that group of people need rather than assuming we know what they need,” she says.

Outside of the sport, Theresa Goh is a Pinkdot ambassador since 2013; Pinkdot is an annual campaign that actively fights for “acceptance” and “diversity” to help achieve a “stronger society”.

Alongside her Pinkdot activism, Goh hopes to push the boundaries of Singapore’s LGBTQ+ inclusivity, stating “there’s definitely so much more to be done”.

In the grand schemes of things, the medallist has a vision for her country’s future: “I’d like to see more empathy, less sympathy. Sometimes, it’s not just about putting yourselves in other people’s shoes. It’s also about just listening to the people who are already in those shoes.”

The Singapore Paralympic record holder boldly came out as gay in 2017. Currently, Singapore doesn’t legitimately recognise same-sex relationships and they are considered illegal. There are no laws that protects Singapore’s LGBTQ+ community from discrimination.

Speaking to Outsports, the athlete offered a closing call on what change she would like to see next: “Be aware in your desire to be a better human being on this earth, this mortal plane, while we are all here. Be aware and be better.”