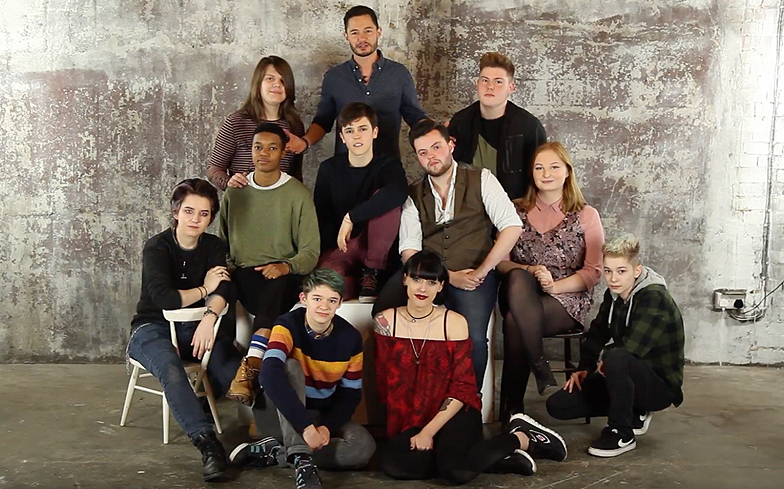 As we mark the Transgender Day of Remembrance to memorialise those who have been murdered as a result of transphobia, TransYouth have released a powerful video focusing on trans people between the ages of 16 and 24.

The video was created with social change company Shape History and in partnership with Jake Graf, a trans director and activist.

The young people featured reflect on the stigma the transgender community face on a daily basis, taking on words such as “sick”, “confused”, “freak” and “predator” that are traditionally used to degrade them.

But it also celebrates the courage and determination of this new generation.

“As someone who grew up without any positive trans role models, I had long wanted to give a voice and platform to the new wave of brave, inspiring and visible young trans faces and activists,” said Jake Graf.

“It was an honour to work with an organisation like Shape History, and to cast and co-direct what will hopefully become a valuable resource for trans youth for many years to come.”

Related: Transgender individuals are being pushed to the back of the ‘needs’ list

Harrison Williams, who stars in the video, added: “With the rise of knowledge of trans issues in recent years comes a new found misunderstanding and transphobia.

“I hope this video can enlighten the cisgender population into understanding that the trans youth in particular are just as loving and flawed as everybody else.”

Speaking about their involvement, Mike Buonaiuto, Executive Director of Shape History, revealed his hopes that the video will help spark “essential conversations about positive progress”.

“As a social change company, we’re honoured to work with such diverse and talented young people day in day out,” he explained.

“Through our work with the United Nations Free and Equal campaign, and also with many LGBT charities across the UK and US, we have seen that whilst visibility for trans people is growing rapidly – most often young trans people feel incredibly disempowered and unable to speak up and be seen and heard.

Transgender Day of Remembrance was first started in 1999, in response to the murder of trans woman Rita Hester, who was killed in her own home.

This year alone, 23 trans people have been murdered in the US. Out of that number, 21 were trans people of colour.