Polyamorous relationships: So how does it work? 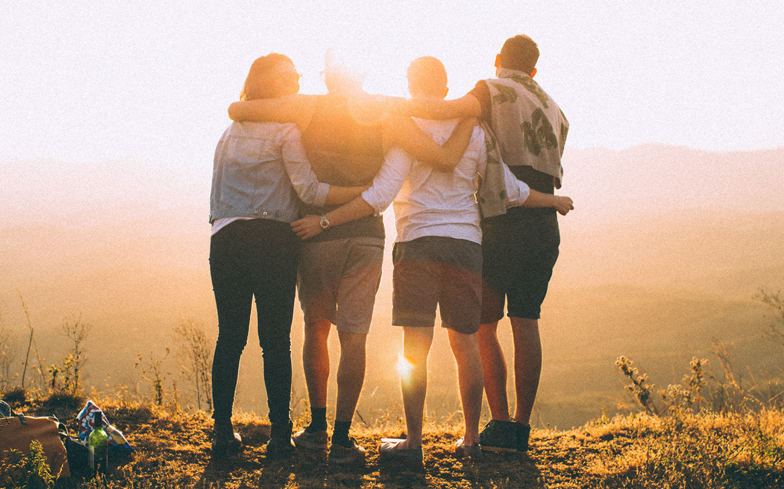 These are questions I’m asked weekly on the discovery that I’m in a polyamorous relationship. One of the most infamous statements when friends, family members or acquaintances find out about my relationship is this: “I could never do it.” And to be honest, polyamory isn’t for everyone.

I entered a polyamorous relationship nearly two years ago. I’m a woman who met another woman, who was in a long-term relationship with a man who is also the father of their two children. Complicated, right? Well more complicated than you think.

I had previously only had monogamous relationships with both men and women, so this was my first experience of polyamory and I had absolutely no idea what I was getting into, both in a positive and negative way. Initially, one was trying to figure out just exactly how it all worked, what the boundaries were, and how to deal with emotions and feelings as time rapidly went along.

Entering something you’d never done before had been challenging on a mental and emotional level, especially when emotions include jealousy and self-doubt; two strong emotions that grab hold and refuse to let go, no matter how violent the shaking off.

Jealousy is a big one and one that people instantly think of when the word polyamorous is stated. I have never really considered myself to be a jealous person. In past monogamous relationships I’d never seen the point in jealousy, seeing it as a dead end emotion that literally doesn’t get you anywhere, and simultaneously makes you feel rotten.

However, I have only discovered the cold touch of it while being in a polyamorous relationship. Lying in bed alone, craving your partner and knowing they’re cuddled up to someone else. Knowing they have and are still creating memories with their significant other, all while you wait until it’s ‘your turn’.

I personally have found that it’s more the little things that spark it rather than the big things. For example, I would think more about them holding hands and laughing together rather than them actually having sex. It was the intimate, intricate details I found harder to deal with rather than the big and obvious stuff. There comes disappointment too. Sometimes you do become second and aren’t prioritised like you would be in a relationship that is monogamous, which is difficult to deal with. Self-doubt and self-worth is put into question, and it can be extremely hard to cope with if you don’t have a close-knit circle of supportive friends and family, as well as an awareness of what you’re feeling.

I know I’m not exactly selling this idea, however, it all depends on what kind of person you are, and how you choose to deal with the difficulties presented. Communication is absolute key. Communication is important in any relationship, but if that breaks down within a polyamorous one, you’re pretty much screwed. If you’re not happy with a certain aspect of the relationship, or you experience jealousy or are feeling upset, it’s incredibly important to tell your partner so they know exactly where you’re at, and you can figure out a way around it together.

What being polyamorous does give you as an individual is the freedom to do exactly as you please while still being intimate with another. The concept is to realise that you can love more than one person, and that’s totally ok! To be able to have different sexual and emotional experiences with different people that is completely on your terms. And one does beg the question – why stay with one person when you can experience love and all its varieties for, with and within different people?

Another aspect is allowing your partner to experience that too; to give them total freedom to express themselves and be happy for them when they encounter an experience with another. I realise this is a very hippie way of looking at things, what with the notion of free love and the comeback of the swinging 60’s, but a lot of people condemn this notion of living and lifestyle because they simply don’t understand it. When one does not understand, they are quick to judge and shame your lifestyle, all in the name of difference.

Luckily, I have been surrounded by friends who are all open-minded individuals who accept me and my choices as they are. If you’re reading this, are in a polyamorous relationship and those close to you are condemning it, question them just as they are questioning you. Surround yourself with good people, and that not only applies to polyamorous individuals.

I’m not going to lie, I have struggled at times. Relationships are hard, and those who say being in a polyamorous relationship is easy, are lying.

All relationships are hard and require work, but as long as you communicate, are comfortable and know who you are as a person in terms of needs and wants, polyamorous does work. Difference is not a negative. Difference in this case is total freedom and love. Now what exactly is wrong with that?