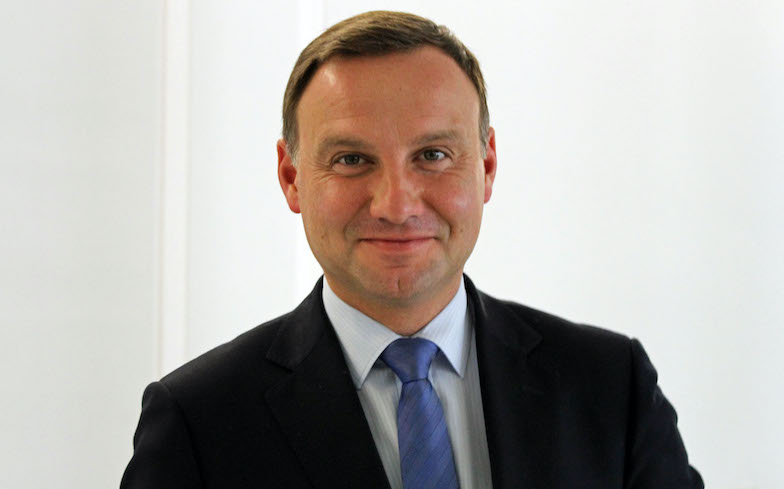 “It’s a foreign ideology. There is no consent for this phenomenon to happen in our country in any way.”

Andrzej Duda will not allow gay couples to marry or adopt children if he’s re-elected as Poland’s president later this month.

In the latest homophobic political trend that is erupting across Eastern Europe, the politician signed a declaration – called The Family Card – that would also ban LGBTQ+ lessons in schools to protect children from so-called “LGBT ideology.”

“Parents are responsible for the sexual education of their children. It is not possible for any institutions to interfere in the way parents raise their children,” Duda told a gathering of his loyal supporters.

“It’s a foreign ideology. There is no consent for this phenomenon to happen in our country in any way,” he continued of same-sex marriage and adoption, adding that LGBTQ+ rights seek to “penetrate into our reality, sometimes by force.”

Robert Biedron, the Left Party’s presidential candidate and Poland’s most high-profile gay politician, slammed The Family Card as a “radical document which divides Polish society, introducing standards reminiscent of the most brutal times of Polish and European history.”

Duda has reportedly ramped up the anti-LGBTQ+ rhetoric in an attempt to win over his conservative fanbase ahead of the increasingly deadlocked presidential election, which takes place 28 June.

His main opponent is Rafał Kazimierz Trzaskowski of the centre-right opposition Civic Platform (PO) party. Trzaskowski has taken a pro-LGBTQ+ stance throughout his presidential campaign, which has been criticised by religious conservatives.

In 2019, he signed the LGBTQ+ Declaration, which aims to fight discrimination against the LGBTQ+ community and provides support in areas such as education, culture, security, work, administration and sport.

Last year, a third of Poland declared themselves an “LGBT-free zone” that is “free from LGBT ideology.”

Local authorities pledged to refrain from actions that could be seen as tolerant of the LGBTQ+ community, and prevent financial aid to NGOs helping to promote equal rights. The European Parliament passed a motion condemning the country.

The motion noted how most of the 80 regions “discriminate in particular against single-parent and LGBTI families”.

The motion then called on Poland to “firmly condemn discrimination against LGBTI people and to revoke resolutions attacking LGBTI rights, including local provisions against ‘LGBT ideology.’”