Celebrities and MPs have come together to ‘condemn violence and hostility’ against trans women.

Olivia Colman, Jameela Jamil and Paloma Faith were among a list of high-profile figures to sign an open letter vocalising their support of trans women, particularly those that experience extreme violence.

The letter was shared by The Independent on International Day for the Elimination of Violence against Women and Girls, and was also signed by Labour MPs Nadia Whittome and Zarah Sultana.

The urgency of the letter cannot be overlooked as trans individuals continue to face prejudice and abuse daily. According to a 2018 study by Stonewall,  two in five trans people (41 per cent) have experienced a hate crime or incident because of their gender identity in the last 12 months.

In an effort to tackle this discriminatory behaviour, the letter took a stand emphasise their “solidarity with trans women, particularly trans women of colour, who experience violence and hostility so frequently it is almost a way of life.”

The UN  issued a statement on International Day for the Elimination of Violence against Women and Girls to clarify how COVID-19 has shaped the situation of many.

In 1993, the organisation issued the Declaration on the Elimination of Violence Against Women, which defines violence against women as “any act of gender-based violence that results in, or is likely to result in, physical, sexual or psychological harm or suffering to women, including threats of such acts, coercion or arbitrary deprivation of liberty, whether occurring in public or in private life.” 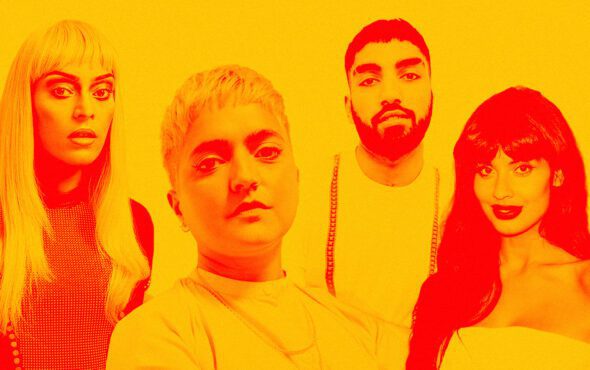 10 British South Asian icons you should know about

However, the UN went a step further to make clear how girls and women can suffer from gender-based violence, but that certain demographics are of greater risk, highlighting “women who identify as lesbian, bisexual, transgender or intersex, migrants and refugees, indigenous women and ethnic minorities, or women and girls living with HIV and disabilities, and those living through humanitarian crises” in particular.

Earlier this year we saw several open letters being circulated in support of the LGBTQ+ community, including a call to end conversation therapy in Canada, prolific authors pledging support in favour of trans rights, as well as Mermaids charity penning an open letter against anti-trans tweets.

You can read the full list of which celebrities and MPs signed the open letter on International Day for the Elimination of Violence against Women and Girls here.

Related: Remembering the 36 trans individuals who have been killed in the US this year