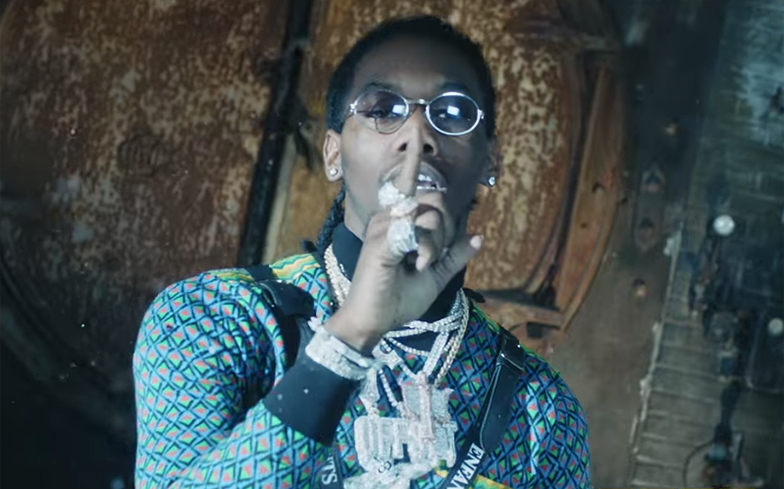 Offset has denied accusations that his latest feature is homophobic.

While the lyric received immense backlash from fans and other artists (including British singer-songwriter MNEK), Offset has since released a statement claiming that he wasn’t using the word ‘queers’ to refer to gay people.

“I have said before that I got love for all people,” he wrote on Instagram. “My passion for fashion has lead me to a lot of gay people around me who I have mad respect for and we are very cool so I’m not in a place where I’m hating like that.

“When I wrote that I was thinking of words that could rhyme with the others (here, lear, solitaire, bear) and I saw this definition about her having a queer feeling she was being watched and it fit what I was thinking about a stalker creepy paparazzi situation.

“To me that ‘queer’ I don’t mean someone who’s gay. I mean lame people who film you, post it and stalk you. Lingo that means strange or odd.”

Offset accompanied the attempt at an explanation with a screengrab of the Google definition of queer as meaning ‘strange’ or ‘odd’, along with the example: “She had a queer feeling that they were being watched.”

am i going to be the first person to point out that offset used queer as a noun and posted the adjective and verb definition of it?? or do we not how words work in 2018

Pretty wild to see people defend Offset for his pretty blatantly homophobic line, queer has been used as a derogatory slur for gay people since the beginning of rap, but this ONE time offset said it, it's different. Nah

Migos has been stated their homophobic views. I don’t see why anyone is tryna defend Offset and saying he didn’t mean queer in that way. Like sis we all know he did.

It’s certainly not the first time Migos have faced accusations of homophobia – in February last year, the trio reacted badly when asked about fellow Atlanta rapper iLoveMakonnen, who had recently come out as gay to his fans.

“They supported him?” asked Quavo in the Rolling Stone interview. “That’s because the world is fucked up,” added Offset. Third member Takeoff said: “This world is not right.”

The trio later issued a statement apologising “if they offended” anyone, with Quavo using the age old ‘but I have gay friends’ excuse when he told Billboard: “I got a record with [bisexual singer] Frank Ocean. That closes my case.”